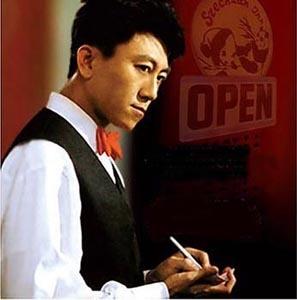 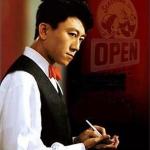 Flushing, New York in the Borough of Queens, where Robert works as a waiter in a Chinese restaurant, is a long way from his home in Hong Kong. Robert first came to America in hopes of getting a green card, so that he could earn enough money to support his family back home, which Robert soon learns, is more easily said than done. His luck with the ladies leaves much to be desired, and in desperation, he is now considering the prospect of a ‘marriage for hire'. But even with a $5,000 incentive, he's still not having much luck with the ladies.

His days are spent working double shifts at the Szechuan Inn, serving lunches and dinners to a cast of regular patrons. There's the American guy with the Japanese girlfriend who bicker with each other over every meal; the two wannabe jocks who rehash their boring sports stories with any waiter who will listen; and the finicky woman who orders her spicy dishes mild, and still complains that they're too spicy.

The staff at the Szechuan Inn includes Mr. Lee, the financially-strapped owner, an American-born Chinese cashier/bartender who doesn't speak Chinese, an American busboy named Benny, a waiter nicknamed Glasshead with a wife and kids, and Sam, a waiter with a serious gambling problem.

One day is pretty much the same as the next, until Robert's best friend introduces him to Claire, a lonely American woman who shows promise as a potential mate. But as weeks go by, not only is Robert's relationship with Claire going nowhere, his co-worker Sam has begun pocketing tips that are supposed to be divided evenly among the staff, and the INS has been spotted making raids on several restaurants in the neighborhood. Suddenly Robert's American Dream isn't looking so great anymore.

Combination Platter, Tony Chan's debut as writer, director and producer, is a modest, even-handed production, realistically and unpretentiously presented, without artifice or melodrama. Any one of the characters could easily be one of millions of hard-working citizens and immigrants in cities across America, who live in hopes of creating better lives for themselves, albeit sometimes by hook or by crook, and Combination Platter is just one small story in a very big city.