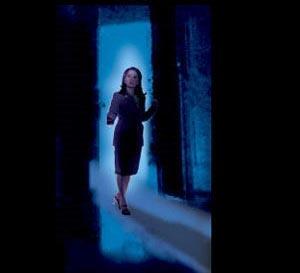 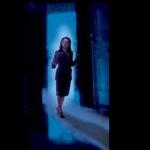 Former-president's daughter and box office queen Kris Aquino stars with Filipino heartthrob Jay Manalo in the story of a young family of four who have recently moved into a shiny new dream house in the suburbs of Manila, only to discover that it is haunted by zombie ghosts drawn by a mirrored feng shui bagua with the power to bring both good and bad fortune.

While riding home on the bus one evening, Joy Ramirez (Kris Aquino) discovers that a package has been left behind on the seat next to her by a fellow-passenger. She goes after him, but by the time she gets off the bus, he has vanished into the crowd. On her way home, Joy stops by a neighborhood bakery, where she opens the package to find a bagua, an eight-sided hexagram with a mirror in the center used in the Chinese art of feng shui. Biring, the bakery owner, explains to Joy that the bagua will ward off evil spirits and bad fortune, and that she should hang it on the outside wall of the house to increase its power.

Over the next few days, strange things begin to happen to Joy and her family. She and her husband both get promotions and pay raises at work, and Joy wins a supermarket sweepstakes. But her children and the neighborhood security guards report seeing lights on at odd hours of the day, and strange people lurking around the Ramirez home.

These spooky coincidences compel Joy to seek the advice of an expert, who recognizes the bagua as an ancient icon once owned by a wealthy Shanghai family. During the Communist Revolution, the brother escaped, leaving his sister, whose feet were bound, to die in a fire. With her dying words, the sister cursed the bagua, giving it the power to bring good fortune upon its owner, and death to anyone else who looks into the mirror. Upon learning this, Joy begins to fear for her family and friends, who have all gazed into the bagua.

Written and directed by Chito S. Roño, Feng Shui was filmed in Citta Italia, Imus, Cavite, and Luzon, with dialogue in Tagalog, English, and Filipino. Supporting cast also includes Filipino familiars Lotlot De Leon and Ilonah Jean as friends Alice and Thelma, Jenny Miller as Dina "the other woman", Gerard Pizzaras as neighbor Teodoro, and Daria Ramirez as the mother-in-law. And despite the fact that it is classified as a B movie, Feng Shui received several awards and nominations for both acting and production at the FAMAS and FAP Awards.

For a B-grade film of its genre, Feng Shui is remarkably entertaining. The premise and pacing are compelling, the cast is attractive, the sets are well designed, and production quality is high. It's a clean, well-lighted horror movie.