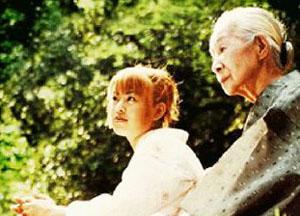 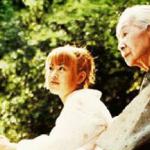 With its debut in Nagoya Japan under the title Ichiban Utsukushii Natsu (The Most Wonderful Summer), and now making its way around the international film festival circuit, Firefly Dreams has set the world of independent filmmaking abuzz. Not only because it stands on its own as a stellar cinematic work, but also because its creator, Welsh-born filmmaker John Williams has succeeded in going where no filmmaker has gone before: Beyond the international frontier and deep into the exclusive world of Japanese cinema.

For Williams, the call to filmmaking came early, at age 14, while watching Werner Herzog's Aguirre, Wrath of God in a series of foreign films televised by Britain's BBC2 . From that moment on, it was never a matter of if, but when. Williams made his very first film that same year, and, with ten prior works under his belt, including a 50-minute documentary on the political killings in Sri Lanka, and a 70-minute Japanese film called Midnight Spin, he went on to write, seek financing, scout locations, cast, direct, edit and personally promote Firefly Dreams.

This engaging film tells the simple tale of Naomi, a misguided Japanese teenager who routinely ditches school for shopping and goes nightclubbing with friends to escape her troubled home life. When Naomi's adulterous mother runs off to live with her lover, Naomi's father packs her off to the mountain resort town of Horaicho, where his sister runs a small country inn. There, Naomi is reacquainted with the elderly Mrs. Koide, who was once her nanny and who now suffers from Alzheimer's disease. Naomi is assigned to the task of being Mrs. Koide's companion and caretaker, and over the course of the summer, a rare friendship that transcends both age and time blossoms between them.

The characters in the story are loosely based upon people from Williams' own life, and the cast was mindfully chosen from among the hundreds of actors who auditioned for the film. The casting of three newcomers for the youthful characters in Firefly Dreams was a keen instinct for John Williams. In the role of Naomi, Maho Ukai steals every scene with her slangy cityspeak and pouty disposition. Etsuko Kimata is convincing as Naomi's developmentally disabled cousin Yumi, and Tsutomu Niwa, as Masaru the smooth-talking loverboy, delivers a candidly unaffected performance. The exception to the neophyte cast is one of the granddames of Japanese stage, cinema, and television, Yoshie Minami, who brings a quiet dignity and grace to the role of the aging Mrs. Koide as she slips further and further into her darkling world of nostalgic dementia.

All is implicit in Firefly Dreams, with its many-layered subtleties and refreshing lack of melodrama. But according to Williams, who first wrote the screenplay in English, his original dialogue underwent many changes as it was professionally translated into Japanese, and later fine-tuned by the actors themselves. Firefly Dreams is not so much a film about what happens to the characters, but more importantly the transformations that take place within their emerging and evolving relationships.

Like the unfolding of a lotus blossom, Mrs. Koide's mysterious past is revealed. Petal by petal, Naomi learns that Mrs. Koide was once a beautiful young war widow who turned to the stage and screen to make her way in the world. Yet Mrs. Koide's past remains enigmatic throughout the film. From her delusional episodes, it seems that rumors of her reputation spoiled a proposal of marriage. However, much like trying to construct the truth from bits of gossip, one can only piece together an approximation of what may have happened, but it is never made entirely clear.

In the midst of her budding relationship with Mrs. Koide, Naomi also grapples with the exasperating tag-along companionship of her simple-minded cousin Yumi; an ill-fated tryst with Masaru, a local delivery boy; and the love/hate feelings she harbors toward her mother. Over the course of the summer however, Naomi acquires a sense of acceptance and belonging. She learns humility and grace. She learns to sit still, to endure the passage of time. And for the first time in her life, she learns what it means to love.

All the requisite elements come together to create the magic that is Firefly Dreams. The film's dual settings cast a striking contrast between the savoir-faire chic of urban life in Nagoya, and the stifling tedium of provincial life in Horaicho. Deliberate pacing evokes the feeling of a lazy summer in the country, and the soundtrack hums with chirping cicada and the ambient sounds of nature to produce a palpably realistic backdrop for the lush cinematography of Yoshinobu Hayano. Music director Paul Rowe has overlaid each scene with a musical motif: a fecund guitar track for the carefree feeling of youth, the gravity and pathos of the piano for Mrs. Koide's waning twilight days, and a heartfelt blend of both instruments in the Japanese pentatonic scale as the film draws toward its lovingly crafted conclusion.

John Williams is indeed a talent to watch as his star rises upon the horizon of independent filmmaking. And if the firefly is a symbol of inspiration and hope, then Firefly Dreams has already set the heavens ablaze.

Firefly Dreams makes its California debut at San Jose's Cinequest 12 Film Festival on February 26, 2002. For screening times and further information on the film, visit the Cinequest website at www.cinequest.org