Film Review: If You Are the One 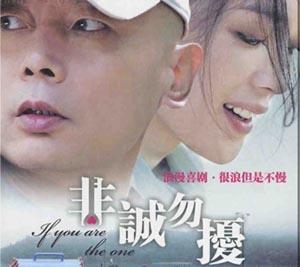 If You Are the One 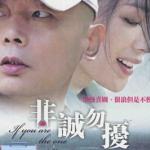 Inventor Qin Fen believes that all the world's problems are caused by inadequate conflict resolution. So he has invented a simple yet ingenious device for facilitating the game of Rock Paper Scissors. Now newly wealthy from the sale of his invention to an angel investor, Qin sets out to find himself a suitable mate. As a forward-thinking visionary, he has decided to try his luck at online dating by placing a personals ad with a candid and highly-specific set of criteria for his ideal woman.

Qin is unprepared for the bizarre parade of candidates he snags in the romantic net he has cast. First up is his transvestite former co-worker. Next comes the woman who sells cemetery plots. Number three is a gorgeous flight attendant who is hopelessly in love with a married man. Then there's the provincial princess who lives so far out in the boonies that it's a day's tractor ride to the nearest bus stop. Number five can't remember the details of her life from one day to the next; six is a black widow who wants sex only once a year; seven is the pregnant, soon-to-be single mom looking for a babydaddy; and finally, the investment broker who sees Qin as nothing more than a sexual commodity.

But the ever determined and optimistic Qin hasn't given up hope. Fate intervenes when he finds himself on a flight to Hangzhou with Xiaoxiao "Smiley" Liang, the lovelorn flight attendant from blind date number three, along with her married lover and his wife aboard as passengers. While in Hangzhou, Smiley accompanies Qin as a secret observer on yet another of his blind dates, and in return, Qin agrees to accompany Smiley to confront her married lover at his home.

Now that she's finally ready to accept that her relationship with him is futile, Smiley asks Qin to go with her to the Japanese island Hokkaido, where she hopes to find closure in the place where her doomed relationship began. As luck would have it, Qin's old friend, Wu Sang, lives in Hokkaido, and is willing to play host and tour guide for Smiley's cathartic journey. In the process, Qin comes to realize that true love may be within his grasp after all.

Known in China as director Xiaogang Feng's blockbuster hit Fei Cheng Wu Rao, If You Are the One is so much more than a garden-variety romantic comedy. Although there is a universal message in Qin's hapless online dating experiences, his evolving relationship with Smiley is complex, many-layered, and uniquely intimate. But like any romantic relationship, theirs is far from perfect. Yet Qin in his own quixotic way, is wise enough to recognize the real thing when he finds it.