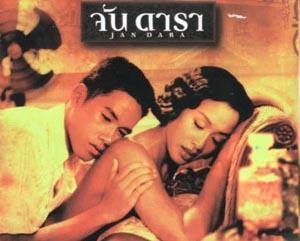 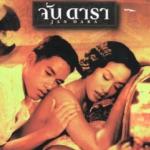 Set in 1920's Bangkok and based upon the best-selling Thai novel ‘The Story of Jan Dara' by Utsana Phleungtham, Jan Dara is a complex and deeply disturbing family drama in which the title character's birth causes his mother's death: a blameless act for which he will never be forgiven. Khun Luang, the man he knows as his "father" is not his biological father, but rather a man who married his mother to help her save face when she became pregnant with Jan Dara out of wedlock.

Throughout his childhood, Jan Dara suffers heartbreaking cruelty at the hands of his resentful stepfather as he is repeatedly beaten, locked in dark places, and continually reminded that his birth was the cause of his mother's death. And although there are many secrets in Khun Luang's household, his sexual appetite isn't one of them, and Jan Dara witnesses all too often is stepfather's lusty escapades. And when Jan Dara's Aunt Waad moves from Pijit to Bangkok to help care for him, she joins Khun Luang's harem as well, and gives birth to two daughters. The elder daughter, Khun Kaew, grows up treating Jan Dara with the same contempt that her father has for him.

As Jan Dara matures into a young man, he discovers his own sexual appetites, and learns the ways of womanizing from his best friend Khen, the son of the household cook. But when Jan Dara meets Hyacinth, a charming young schoolgirl, he idolizes her with the same purity in which he regards his dead mother. Nonetheless, that doesn't stop him from his randy sexual liaisons with the ladies of the household, including Khun Luang's favorite mistress, Khun Boonlueang. But when his vindictive stepsister Kaew schemes to set the stage for Jan Dara to be accused of molesting her, Khun Luang banishes him from the household. With nowhere else to go, he travels to Pijit to live with his maternal grandmother. But a few years later, when Jan Dara is suddenly summoned to Bangkok by Khun Luang to intercede in a delicate family matter, the dark secrets surrounding Jan Dara's birth are finally revealed, and the sins of the past are visited upon him for the rest of his days.

Whether because of its sensual elements and erotic themes, or despite them, Jan Dara is at once, both excellent, and deeply flawed. Its sepia-toned cinematography and gorgeous casting are a lushly indulgent feast for the eyes, dialogue and character development are complex and compelling, and for the most part, pacing and plot development are perfect, until the last half-hour of the film, when the long awaited secrets come at you in a salvo of stunning disclosures. Any one of these unthinkable revelations, if treated with subtlety and finesse, would have been more than sufficient to bring the story to a heart-rending close, but the half-dozen or so shockers that befall the family in the denouement is simply overkill. That being said, for all its flaws, its well-crafted characters and elegantly sensual qualities make Jan Dara well worth watching.

Jan Dara is available from Amazon.