Film Review: The Legend of Suriyothai 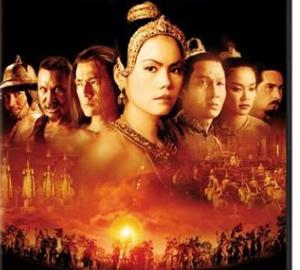 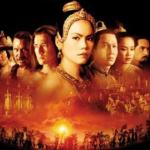 A heroic Thai princess is at the center of the maelstrom in the epic film The Legend of Suriyothai, written and directed by Chatrichalerm Yukol, in which he tells the 16th century tale of the woman for whom the film is named. In 1528, the year in which The Legend of Suriyothai commences, Thailand is divided into many kingdoms, with the most powerful being the greater kingdom of Ayothaya in the south, ruled by King Ramathibodi II, and the lesser kingdom of Pitsanulok in the north, ruled by his cousin King Athitaya. To the north of Thailand, the ambitious and aggressive nation of Burma poses a constant threat to the sovereignty of both kingdoms.

We first meet Suriyothai as a teen-aged princess, en route to the palace of Pitsanulok in a royal palanquin. Along the way, in a lush tropical forest where an elephant drive is taking place, she spots her childhood playmate, a handsome young man who has since become Lord Piren, a powerful military leader. Princess Suriyothai gives her chaperon the slip and ventures into the forest for an intimate rendezvous with her long-lost sweetheart. It is clear that they still share a great affection for each other, and upon the gift of a single blossom plucked from a nearby tree, Lord Piren pledges, "If ever there comes a day when my body or my brain can be of service to you, send word for me and I will be there beside you before you can turn your head."

Alas, their union was never to be. When Princess Suriyothai makes the flirtatious request of Lord Piren to capture a baby elephant for her, his rival, Prince Tien, captures the creature instead and later presents it to her as a betrothal gift when he asks her hand in marriage. And although Princess Suriyothai is deeply in love with Lord Piren, she recognizes her duty to her country, and makes the first of many sacrifices in the name of patriotic allegiance.

Toward the end of the first act, the royal patriarchs both meet their untimely deaths. King Ramathibodi is suddenly and mysteriously stricken upon the appearance of a prophetic meteor known as the Arrow of Indras, and King Athitaya suffers a hideous death during a smallpox epidemic introduced to Thailand by Portuguese traders.

Here's where the plot thickens and the bloodbath begins. In a sequence of events reminiscent of a classic Shakespearean tragedy, the descendents of the two kings engage in a battle of wits and warfare to seize control of the throne of Ayothaya. Yet, because the tradition of royal consorts to the kings was widely practiced in medieval Thailand, many young princes were added to the imperial lineage. However, only the son of a high consort, officially declared by the king himself, could lay claim to the crown of either kingdom. Much to the dismay of Prince Tien and Lord Piren, both of whom are sons of King Athitaya by lower consorts, with his dying breath, the king names six-year-old Prince Ratha, son of his high consort, as the heir to kingdom, with a regent to serve as his advisor.

Under the ineffectual leadership of the novice king and his regent in the midst of the most treacherous of times, the kingdom is soon in peril, and Prince Chai Raja, the elder son of King Ramathibodi, has the boy-king beheaded to usurp the throne. While the men are engaged in their overt power struggle, the queens and ladies of the court contrive more covert plots and schemes to serve their ambitious designs, and by the time the credits roll, the story is littered with more dead bodies than the fifth act of Hamlet.

For all its good intentions, The Legend of Suriyothai is a lovely but over-wrought attempt to showcase a very complex and crucial epoch in Thailand's history. With all their shifting allegiances, the cast of characters, all of whom were chosen to bear a striking family resemblance to each other, although gorgeous to behold, only add to the who's-who confusion of the labyrinthian plot.

The real stars of the show, however, are Cinematographers Anupap Buachand, Stanislav Dorsic and Igor Luther, and the Art Direction team, Prasert Posrirat, Chetsada Prunarakard, and Prasopcok Thanasetvirai, whose panoramic vision and scrupulous attention to detail has faithfully recreated the mystical ambiance of medieval Thailand, with soft, sepia-toned architecture, furnishings and costumes, floating amid an ethereal tropic forest.

The Legend of Suriyothai's harshest critics have found fault with the paring-down of the film from its original length of nearly eight hours to five hours, then to three hours, and finally, under the scalpel of Executive Producer Francis Ford Coppola, to its international release version at 142 minutes. That's a lot of footage to excise without sacrificing the coherency and continuity of the story, not to mention character development and any subtleties the original script may have had.

Nevertheless, The Legend of Suriyothai is a film worthy of recognition. Enjoy it for its visual beauty and its cultural value, but definitely go read the history books for the rest of the story.

The Legend of Suriyothai is available on DVD on Amazon.com