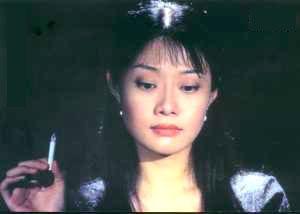 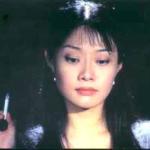 The profound and the profane collide on the cusp of destiny in this enigmatic drama by first-time director Zhong Qiang. Set in a nondescript apartment complex in an unspecified city in China, Metamorphosis revolves around a cast of five nameless characters: a lonely, bored and recently-divorced taxi driver, a flirtatious young woman who moves in next door to him, a businessman and his beautiful but malcontent wife who live in an adjacent apartment building, and a deaf-mute woman who operates a nearby newsstand.

The initial plot is a simple one, in which the taxi driver gives the businessman's wife a ride somewhere, and on his way back after dropping her off, he happens upon her husband, badly injured and unconscious in a car accident. When he opens the man's valise in search of a cell phone to report the accident, the taxi driver also helps himself to 10,000 yuan of the man's money, the equivalent of about $1200. Meanwhile, the businessman has slipped into a coma, setting the stage for an intriguing love triangle between his wife, the taxi driver, and the girl next door.

The plot thickens when a police investigator suspects the wife of attempted murder, while the girl next door begins filching a few bills of the stolen money that she finds hidden in the taxi driver's bedside table. Under the watchful scrutiny of the old woman at her newspaper kiosk on the street below, and facilitated by the fact that all three apartments are visible from each other's balconies since no one ever seems to see the need to draw the curtains, the character dynamics heat up to propel the story onward toward its baffling conclusion.

Metamorphosis is rife with motif and metaphor, and as it unfolds, the action and dialogue are punctuated at crucial intervals by voice-over passages from the works of sixth-century Taoist philosopher Lao Tzu, best known for his compilation and interpretation of the Tao Te Ching, a classical Chinese sourcebook of lore and wisdom. These cinematic techniques imbue an otherwise ordinary tale with an element of depth and transcendence that keeps the viewer guessing as to its meaning and significance.

The film is perfectly cast, with Yang Jianping as the nihilistic taxi driver, Zhang Yong as the aloof beauty, and Dong Zian as the holly-golightly girl next door. Throughout the film, each of the characters has his or her own musical signature: simple melodic ballads hummed or sung by the girl next door, operatic arias for the sophisticated businessman's wife, jazz for the taxi driver when he's relaxing at home, and edgy contemporary pop when he's driving in his taxi. These musical cues not only enhance and define the nature of the characters themselves, they also act as key elements which enable the viewer to keep up with the plot twists that come on fast and furious with the film's denouement.

Artfully crafted cinematography by Wang Bing also plays a vital role in Metamorphosis. Nearly every scene is oblique in nature, with quick cut-aways, tightly framed camera angles, and abstract close-ups of body parts and household sundries. And many of the film's pivotal scenes take place either partially or completely off camera. Could this be construed as a metaphor for man's inability to fully comprehend even his own small corner of the world, much less the complexity of the events that take place within it?

Moreover, the all-important teachings of Lao Tzu woven throughout the film create a striking contrast between the self-serving actions of the characters, and the Taoist paragon of correct thinking and behavior. The intrinsic doctrine of Taoism is to live in accordance with the forces of nature and with the realization that the physical world is but an illusion manifested by the duality and polarity of yang and yin. Taoist philosophy is based largely upon the paradox that the Tao that can be grasped, perceived, defined, understood, experienced, is not the true Tao.

According to Lao Tzu, "The five colours blind the eye. The five tones deafen the ear. The five flavors dull the taste. Racing and hunting madden the mind. Precious things lead one astray. Therefore the sage is guided by what he feels and not by what he sees. He lets go of that and chooses this. " The folly of mankind lies in earthly desires and divisive behavior, and the key to tranquility is to practice wu-wei, the art of discerning the natural order of things and shaping one's actions accordingly.

The film's protagonist and supporting characters embody the antithesis of Taoism, and the flaws in their essential natures are succinctly expressed in this ancient passage by fourth-century Taoist philosopher Yang Chu:

"They knew that life comes without warning, and as suddenly goes. They denied none of their natural inclinations, and repressed none of their bodily desires. They never felt the spur of fame. They sauntered through life gathering its pleasures as the impulse moved them. Since they cared nothing for fame after death, they were beyond the law. For name and praise, sooner or later, a long life or short one, they cared not at all. "

An enlightening bit of information that may help viewers comprehend the meaning and unravel the mystery of Metamorphosis is that the Chinese title of the film is Se Jie, "Boundary of Sex," which alludes to the shifting sands upon which lovers often stand, and serves to further illuminate its Taoist theme.

Nevertheless, with or without this tidbit of information, those who see Metamorphosis without having first read the Tao Te Ching, and who do not have foreknowledge of the film's Taoist underpinnings, may walk away scratching their heads. And even those who do come equipped with this prescience might still be inclined to agree that Metamorphosis would best described with Winston Churchill's immortal words, "It is a riddle wrapped in a mystery inside an enigma."