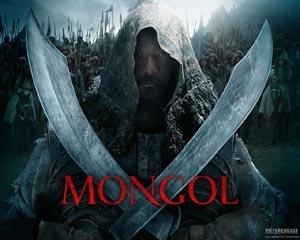 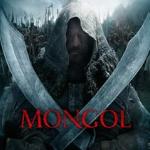 "Do not scorn the weak cub. He may become the brutal tiger." Mongolian Proverb

"Cherche la femme" lies at the heart of this first installment of a three-part epic that tells the story of Temudjin, a young orphan boy whose devotion to Börte, his chosen bride, drives him to become Genghis Khan, one of the most powerful conquerors in human history.

The film opens with Temudjin at age nine, traveling on horseback with his father Esugei, head of the Kiyad tribe, to the Olkhunut tribe for the boy to choose a bride as a means of forming an alliance between the two tribes. Along the way, Temudgin and Esugei stop at the yurt of another Olkhunut tribe, where Temudgin and a young girl named Börte fall in love at first sight. So instead of continuing on to their original destination to choose a bride, Temudgin declares to his father that he will marry Börte. And thus his fate was sealed.

However, on the way home, Esugei is poisoned while sharing a meal with the Tatars, and when the news reaches the members of his tribe, there is chaos until Targutai, Esugei's second-in-command, seizes power. And although Temudjin swears vengeance on Targutai for usurping his rightful place as Esugei's successor, he is spared because the Mongols have a strict code against killing children.

As the tribe rides away with Targutai, Temudjin is left horseless, to fend for himself with his mother and brothers. While out riding on the snowy tundra one day, Temudjin meets Jamukha, a boy about his own age, and the two form an instant bond, becoming ‘blood brothers' that evening in Jamukha's yurt. Soon thereafter, Temudjin is captured and enslaved by Targutai. And although he is confined by a heavy wooden yoke, he manages to escape.

Here the film jumps ahead to the year 1186. Temudjin is now twenty-four years old, and is still horseless when he is again captured by Targutai. And once again, this time with the help of an old shaman named Boorchu, Temudjin escapes on horseback. His first mission is to find Börte, and then to seek out his mother Hoelun. Temudjin successfully reunites his family, but just when it looks as if he is going to live happily ever after in the family yurt, along comes Chiledu, a Merkit chieftain and his mother's first husband, to settle an old score. Many years ago, Temudjin's father Esugei stole Hoelun from Chiledu, and now Chiledu has come to steal Börte from Temudjin.

With Jamukha as his ally, Temudjin wages war on the Merkit tribe, and once again, rescues his bride Börte. All is well in Temudjin's world again, until Börte makes him choose between her and Jamukha. "You can't cook two rams' heads in one pot," she says, and Temudjin accedes. However, at his departure from the battlefield, since Mongols are free to follow whomever they choose, two of Jarmukha's warriors, Darutai and Altan, leave with Temudjin, who has taken a one-tenth share of the spoils, which includes many of the Merkit horses. When Jamukha's brother Taichar tries to steal back the horses, he is killed by Darutai and Altan, who did not recognize him. This incident severs all friendship between Jamukha and Temudjin.

When Temudjin's arch-enemy Targutai offers to ally with Jamukha to avenge his brother's death, Jamukha is eager to join forces with him to wage war on Temudjin. Yet another bloody battle ensues, and once again Temudjin is taken captive and forced to beg for his life. He begs forgiveness instead, and is not executed, but is sold into slavery at the Tangut border, where he is bought by the Chinese Border Commissioner to keep as an object of ridicule in a cage labeled "Mongol who wanted to destroy Tangut Kingdom."

Here an element of mysticism pervades the film, when Temudjin sends an old monk on a mission to find Börte. And although he expires in the desert before he reaches her, she magically finds his corpse herself, and then takes up with a tribe of nomads on camels to go off in search of Temudjin to set him free. She is successful in her quest, and once again, just when it looks as if Temudjin and Börte will live happily ever after, Temudjin learns that the Mongols have lost all honor and morals, and have even begun killing children. So he leaves Börte in the yurt with the children and goes off to a secret cave to pray to Tengu, the god of the sky, for the strength to bring the Mongol nation to order and unite them under his leadership.

By 1196, at age 34, Temudjin has become Mongolia's most powerful leader, however, he still has one more battle to fight. His old friend Jamukha has challenged his power, and they must now meet as enemies on the battlefield.

With two sequels in the making, Mongol covers only the first phase of Temudjin's rise to become Genghis Khan. However, the film stands on its own as an epic historical work. Although Mongol director and co-writer Sergei Bodrov may not be a household name in mainstream cinema, he already has a lengthy CV as a writer, director, and producer of more than 30 films, including Drunken Sailor (2007), Nomad (2005), and Bear's Kiss (2002). But with the exception of Mongol star Tadanobu Asano, whose films include Rampo Noir and Last Life in the Universe, and a few of his experienced co-stars, most of the supporting cast are absolute beginners. Nonetheless, each role, whether large or small, is convincingly played, and with the help of a well-written script, masterful cinematography, sound, production design, art direction, set and costume design, the film is an excellent production from start to finish. And by all historical accounts, sketchy though they may be, the film faithfully follows what is believed to be the real-life story of Genghis Khan.

As both a love story and a war epic, Mongol is richly satisfying, yet somehow leaves you hungry for more. And although the life of Genghis Khan is left unfinished, with two sequels in the making, Mongol remains...to be continued...