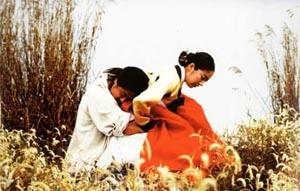 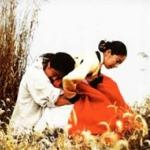 Nineteenth century Korea on the cusp of a political maelstrom is the setting for this biography of painter Jang Seung-up. Born into abject poverty, Seung-up demonstrates his talent as an artistic prodigy from a very young age. His passion for his art shapes his destiny, and his rise to stardom is guided by a series of fortuitous events.

Fate first intervenes when the orphaned Seung-up is rescued from a beating at the cruel hands of his ne'er-do-well master by the aristocratic Kim Byung-moon. As a gesture of gratitude, Seung-up paints a picture for Kim. This event marks the beginning of a lifelong relationship in which Kim plays the role of mentor, patron, and friend to Korea's most famous painter. It is he who sets Seung-up on his creative path at the Footbridge School of Art, it is he who helps Seung-up choose the artistic pseudonym Owon, and ultimately, it is he who helps Seung-up find the path to redemption.

At the Footbridge school, Seung-up learns the rules and structures of calligraphy and classical watercolor painting. There he also falls in love with the beautiful but frail So-woon, sister of the headmaster. And although their love is unrequited, she is the source of inspiration for some of Seung-up's greatest works.

Early in his career, Seung-up develops a powerful thirst for alcohol, and an insatiable hunger for beautiful women. So strong are his addictions that he is unable to paint without a flagon of rice wine and a woman at his side. Nevertheless, his artistic light shines through the haze of his debauchery, and by the time Seung-up reaches middle age, he is known throughout the land as Korea's greatest artistic treasure.

His creative calendar is filled with commissions from wealthy patrons to paint flowers, landscapes, and scenes from daily life in the classical style. Eventually, he is even promoted to a position in the Joseon court. And although he has mastered the art to its fullest with inimitable style, and has achieved the ultimate honor as a living artist, Seung-up yearns to break free of the confines of tradition and structure, to wield his brush with abandon.

Written and directed by Im Kwon-taek, Painted Fire stars Min-sik Choi as the renowned painter and Sung-kee Ahn as Kim, his friend and mentor. Known in Korean as Chi-hwa-seon, the film was nominated for the Palm d'Or, and won for Best Director at the Cannes Film Festival in 2002. Cinematography, art direction, set design, and costumes form a stunning visual gestalt, with an impassioned performance by Min-sik Choi that provides a powerful impetus for an otherwise staid production. This juxtaposition of passion and propriety creates a dramatic tension that kindles the blaze of Painted Fire.