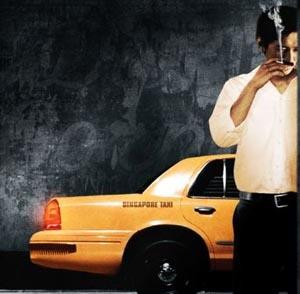 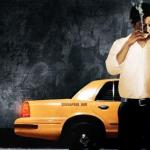 In this studied homage to Martin Scorsese's Taxi Driver, Kay Tong Lim plays Harry Lee, a shipyard security guard who moonlights as a cab driver. At fifty-two years old, Harry is an angry man, especially when he drinks. As a former merchant marine with dreams of someday retiring to Perth, his wife has gambled away his retirement fund. Yet somehow his spirit remains buoyant, and still he dreams of Perth.

When his former shipyard supervisor, a gregarious pimp who goes by the name of Angry Boy Lee, offers Harry and his old army buddy Selvam lucrative jobs driving prostitutes uptown to service high-end clients, they jump at the chance. But Harry soon witness firsthand the dark underbelly of his new job when his first passenger, a Vietnamese prostitute named Mai, returns to the car with her face badly bruised after servicing a john. Not only does her plight stir sympathy in Harry, but she reminds him of a woman he once knew while fighting in Cambodia with the army. And as his obsession with Mai escalates, Harry heads down an even darker path than Travis Bickle's.

Written and directed by Djinn, whose only other feature film credit is a horror movie titled Return to Pontianak (USA: Voodoo Nightmare), Perth's leading man has an extensive cinematic CV, including roles in Noble House, Dragon: The Bruce Lee Story, and Forever Fever. However, much of the supporting cast includes actors for whom Perth is their first film.

Perth was filmed on location in Singapore and includes dialogue in English, Mandarin, Vietnamese, Hokkien, and Malay, with the majority of the script in English and the other languages mixed in, especially with regard to the use of profanity. Perth was nominated for a Lina Brocka Award at the Cinemanila Film Festival.

Perth is a skillful albeit brutal study in duality and disillusionment. Like so many men in the throes of a mid-life crisis, Harry Lee faces the dilemma of upholding his morality while struggling to finance his dreams, and at this stage of his life, compromise seems the only way. But in his own twisted way, Harry Lee manages to take both the high road and the path to his own destruction. Not an easy film to watch, but worth seeing nonetheless.