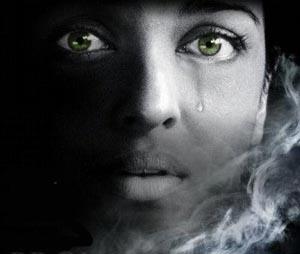 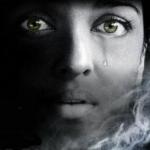 Based on actual events, Provoked tells the story of Kiranjit, an Indian woman whose marriage to an abusive man leads to tragedy and controversy. When her parents arrange for her to wed Deepak Ahluwalia, Kiranjit forfeits her plans for a college education and travels from her home in Punjab to live with her new husband in London.

Kiranjit's life with Deepak is rosy at first. He appears deeply devoted to her happiness, and when she becomes pregnant, he buys her a cozy little house in the suburbs. One evening at dinner, Ravi, one of Deepak's colleagues, dedicates a song to the newlywed couple and encourages them to dance. Deepak declines the invitation and insists that Kiranjit dance with Ravi instead. When they return home, a jealous argument erupts, Deepak backhands Kiranjit across the face, and thus the violent spiral of abuse begins.

At first, Deepak is remorseful and apologetic after each incident. But over time, his abusive outbursts escalate to brutal beatings and sexual assaults, and are no longer followed by even the smallest gesture of contrition. Nevertheless, Kiranjit stays in the marriage, while Deepak's own mother turns a blind eye toward his abuse. And so, for ten years, Kiranjit suffers in silence, mostly to save face and to protect her two sons, Rajid and Sandib.

But one fateful evening, after a savage beating, Kiranjit waits until Deepak goes to bed and creeps quietly into the bedroom to set him on fire as he sleeps. Kiranjit is arrested for arson, but when Deepak later dies from injuries he suffered in the fire, Kiranjit finds herself facing murder charges, without regard to the years of abuse that precipitated her crime.

When the legal defense efforts of barrister Mirriam Taylor fail to exonerate Kiranjit, she is sentenced to life in prison. And although the gavel has been struck on the verdict, the case clearly isn't over as Radha Dalal, an activist from the Southall Black Sisters, a women's rights group, swoops in to field Kiranjit's appeal. In the interim, Kiranjit must remain in prison, where she makes dear friends and dangerous enemies.

Directed by Jag Mundhra with a screenplay by Carl Austin and Rahila Gupta, Provoked is based on the autobiographical book "Circle of Light" by Kiranjit Ahluwalia. The film features an all-star cast of familiar faces. Aishwarya Rai stars as Kiranjit Ahluwalia, with a supporting cast that includes Miranda Richardson, Naveen Andrews, Nandita Das, and Rebecca Pidgeon.

Provoked is a film that shows great restraint in the portrayal of a deeply emotional issue, thereby shifting from the visceral to the cerebral. Without minimizing or trivializing the horror of spousal abuse, the film makes skillful use of oblique flashbacks, vignettes, and snapshots to circumvent lengthy scenes depicting gratuitous violence. All the while, the focus remains firmly fixed on the outcome: winning a verdict that reflects mercy and compassion for a defendant who is a victim of far worse crimes than the one she committed.