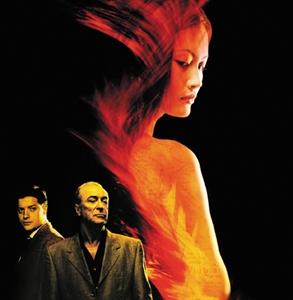 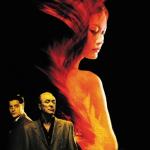 Based on the famed Graham Greene novel of the same name, The Quiet American stars Michael Caine as British journalist Thomas Fowler and Brendan Fraser as American medical aid administrator Alden Pyle. Both have come to Saigon to play their part in the unfolding war... Both are in love with the same woman. But early in the film, it is revealed that Alden Pyle has met with an untimely end, and as the investigation into the mystery of his death is pieced together like a puzzle by Inspector Vigot, the elements of love and war, allegiance and friendship, are seamlessly interwoven into an overarching plot.

Within a geo-political context, France and the U.S. are allied in an effort to quash a military uprising by the Viet Minh League for the Independence of Vietnam. With a wife back home in London, the fifty-something Thomas Fowler is comfortably ensconced in his expat lifestyle as a journalist covering the escalating war while rapt in an extra-marital relationship with the devoted and intoxicatingly beautiful Phuong...that is, until Alden Pyle bursts on the scene to set Fowler's world atilt with his boorish but unabashed charm.

As the details of Phuong's sketchy character are filled in, it becomes clear that she is but a beautiful pawn in her elder sister's scheme to marry her off to a wealthy foreigner. Pyle makes no secret of the fact that he has fallen in love at first sight with Phuong and feels compelled to protect her from both the war and from Fowler's exploitation.

Despite the complexities of his romantic indulgences, Fowler must attend to his journalistic duties. In pursuit of information on a situation brewing to the north, in the city of Phat Diem, Fowler leaves Pyle behind in Saigon, free to woo his mistress. Fowler is understandably surprised when Pyle arrives in Phat Diem to explain his love for Phuong and to ask his permission to pursue the relationship. But an attack on the compound where they are staying creates an opportunity for Pyle to play hero and rescue Fowler from a certain death, leaving Fowler forever in his debt.

Back in Saigon, Pyle is still determined to win the affections of Phuong, and so audacious is he in his chivalry that he asks for her hand in marriage as Fowler, ever the perfect English gentleman, looks on with impotent contempt. But to the dismay of both, she chooses to remain loyal to her aging lover in the naïve hopes that Fowler will divorce his wife and take Phuong to London with him. Later, in a bitter but keen analogy, Pyle observes, "Let's just look at Phuong. There's beauty. Daughter of a professor. Taxi dancer. Mistress of an older European man. That pretty well describes the whole country."

Throughout the film, the scenes shift between flashbacks of the relationship between the two men, and Vigot's investigation of Pyle's murder. As the war escalates around them, Fowler has been doing a little investigation of his own into Pyle's agenda, and as the layers of his character are unfurled one-by-one, they begin to reveal the man behind the façade of the quiet American.

Directed by Phillip Noyce, with a screenplay adapted by Christopher Hampton, The Quiet American captures both the mood and the mystery of Graham Green's literary work. The role of Thomas Fowler is counted among Michael Caine's best, Brendan Fraser is perfectly cast as the deceptively affable Alden Pyle, and Do Thi Hai Yen is hypnotic in her portrayal of the enigmatic Phuong. The sultry allure of Vietnam in the 50s is palpable in the film's cinematography and set design. Questions about U.S. involvement in the war are raised without conspicuous controversy or conspiracy theory. And pacing allows the mystery of both the escalation of the war and Pyle's death to build in subtle degrees to its denouement.

With the eloquent voice of Michael Caine narrating passages from Graham Green's prose, The Quiet American liberates this compelling story from the pages of his book to give it life on the cinematic screen:

"I can't say what made me fall in love with Vietnam - that a woman's voice can drug you; that everything is so intense. The colors, the taste, even the rain. Nothing like the filthy rain in London. They say whatever you're looking for, you will find here. They say you come to Vietnam and you understand a lot in a few minutes, but the rest has got to be lived. The smell: that's the first thing that hits you, promising everything in exchange for your soul. And the heat. Your shirt is straightaway a rag. You can hardly remember your name, or what you came to escape from. But at night, there's a breeze. The river is beautiful. You could be forgiven for thinking there was no war; that the gunshots were fireworks; that only pleasure matters. A pipe of opium, or the touch of a girl who might tell you she loves you. And then, something happens, as you knew it would. And nothing can ever be the same again."