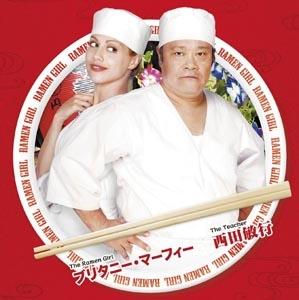 A bowl of ramen is a self-contained universe. 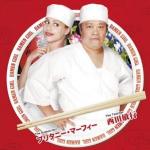 Ramen is the main dish in this buoyant homage to Juzo Itami's epicurean classic Tampopo. Brittany Murphy stars as Abby, a young American woman who has come to Tokyo to join her boyfriend Ethan. But she's barely unpacked her bags when Ethan announces that he's headed for Osaka, with the vague dodge that he may or may not return, leaving Abby alone in his Tokyo apartment. Cast adrift in this unfamiliar culture, with naught but a tedious copy-editing job and a couple of flaky ex-pats for friends, Abby is utterly lost.

From her third-story balcony, she can see a neighborhood ramen shop, and one evening, seeking shelter from a drenching rain, she steps into its cozy warmth. And although the shop owner Maezumi and his wife Reiko don't speak a word of English, all at once, in a flood of tears, Abby pours her heart out to them. But over a steaming bowl of Maezumi's ramen, Abby has an epiphany: She wants to learn the art of ramen, and she wants Maezumi to be her sensei. Not quite certain what he's gotten himself into, Maezumi agrees, and manages to communicate to Abby that she's to report for work at five a.m. the following morning.

Upon arrival for her first day of work, Abby is ordered to begin where every good apprentice must: cleaning the place from stem to stern. And thus the first few days of her employment are spent in the drudgery of doing dishes, washing windows, and scrubbing floors, with the gruff Maezumi keenly observing her every move. But in odd moments, Abby sidles up to the stockpot, picturing herself serving up bowls of ramen to hungry customers, and snooping about for the secret to Maezumi's savory tonkotsu broth. And before long, Maezumi decides it's time for Abby to try her hand at making the day's broth, only to dump batch after batch down the drain because, although it is technically perfect, it lacks heart, it has no soul.

Meanwhile, on the romantic front, Ethan is still incommunicado, and on an evening of bar-hopping with a couple of their ex-pat friends, Abby meets Yoshi, a charming but uninspired young salaryman who once had dreams of becoming a rock star. And as Abby continues with her daily ramen apprenticeship, her love affair with Yoshi blossoms into true love (with complications), and she learns that the Grand Master of Ramen is on his way to Tokyo to judge her worthiness to become Maezumi's successor.

Directed by Allan Ackerman, known primarily for his work in television, The Ramen Girl creates a warm and welcoming microcosm for his characters. Not only does the film stand on its own, it also alludes to the ramen-themed classic, Tampopo, and even includes a cameo appearance by Tsutomo Yamazaki as the Grand Master of Ramen, who also starred as Tampopo's mentor Goro. And although Abby's first attempt at ramen may lack the ever-elusive heart and soul of perfection, Ackerman's first feature film has plenty to spare.