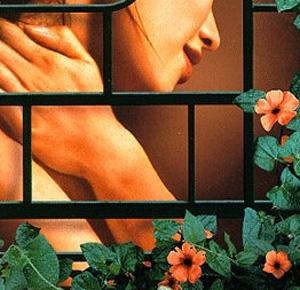 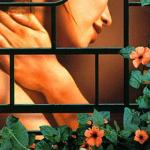 Eating, sleeping, and staying clean...Life's most basic concerns. Yet they take on a transcendent quality in this visually delicious film, known in French as L'odeur de la Papaye Verte, and in Vietnamese as Mui Du Du Xanh. With only the barest minimum of dialogue, The Scent of Green Papaya tells the 1940's story of a young orphan girl named Mui, who goes to work as a domestic servant in the troubled household of a Saigon merchant family. Under the mentorship of the family's elderly housekeeper, Mui is a quick study in becoming adept at her daily duties, which she performs with diligence and grace. Early on, she learns that the family has lost a daughter named Tó, who would have been just about Mui's age, and over time, the mother's affection for her grows, and Mui becomes like a daughter herself.

Through her eyes, we witness the day-to-day activities of the household, from the preparation of food and daily cleaning rituals, to the troubled inner workings of the family dynamics. The mother, perpetually bereaved by the loss of her young daughter, runs the family textile business. The father, a self-centered man of dubious integrity, is wont to abscond with the grocery money, to go off on gambling and philandering binges for days on end.

In the completion of her daily chores, Mui is beset by the impish antics of Tin, the family's youngest boy, and overshadowed by the brooding discontent of Lam, the older boy, over his father's frequent desertion of the family. In Mui's ten years with the family, Khuyen, the best friend of the eldest son Trung, is a frequent visitor to the household, and by the time the father succumbs to a fatal illness, Khuyen has matured into an accomplished classical musician with a spoiled debutant for a fiancée and an elegant home of his own.

The death of the father leaves the family in financial straits, and Mui is sent to work as a domestic servant in Khuyen's home, where his fiancée regards her ubiquitous presence as a threat to her relationship with Khuyen. With Mui now grown into a stunning young woman, it is only a matter of time before Khuyen recognizes the beauty before him.

The story is a simple one, without guile or subterfuge, so there is no need for deep analysis of symbols and metaphors. What makes the Scent of Green Papaya a work of art is the way that the cinematography showcases the lush and lovely sets, and most especially, the magically playful musical score, which adds an air of whimsy to otherwise mundane moments. Together, they capture the essence of everyday life in post-colonial Vietnam, yet ironically, the Scent of Green Papaya was filmed in its entirety on a sound stage in Paris.

The Scent of Green Papaya was directed by Anh Hung Tran, who was born in Vietnam and relocated to Paris with his family at age six. His other films include Cyclo (Xich Lo, 1995) and Vertical Ray of the Sun (Mua He Chieu Thang Dung, 2000), which also star Tran Nu Yen-Khe, the director's real-life wife. The performance by Man San Lu as the 10-year-old Mui brings a fresh naiveté to the first half of the film, and oddly enough, for all its flawless performances and perfectly cast characters, The Scent of Green Papaya was the first and only role for most if not all of the actors. None of them except Tran Nu Yen-Khe have gone on to make a second film.

Nominated for an Academy Award for Best Foreign Language Film, and winner of the Golden Camera Award at the 1993 Cannes Film Festival, the Scent of Green Papaya is a delight and treasure. Any Asian film collection would be incomplete without it.

The Scent of Green Papaya is available on both VHS and DVD at Amazon.com.