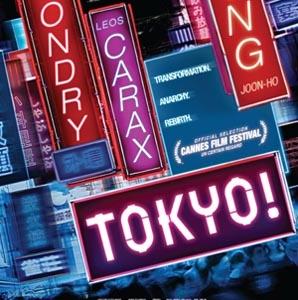 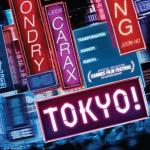 This enigmatic triptych of Tokyo short stories features the work of three different directors, none of whom are Japanese. Yet somehow, in their own way, they each capture the sense of alienation and isolation endemic to life in the world's largest city.

French director Michael Gondry's contribution to this cinematic collage is Interior Design, in which a young couple, Hiroko and Akira, have come to Tokyo so that Akira can pursue his career as a filmmaker. They've been invited to stay with Hiroko's friend Akemi in her tiny one-room apartment. On their first evening in Tokyo, Akira jokingly remarks that Hiroko has no ambition beyond a few indulgent hobbies. Hiroko takes his comment a little too much to heart, and becomes peevish as they trudge the streets of Tokyo searching for an affordable apartment before they wear out their welcome with Akemi. While things go from bad to worse in their personal lives, Akira enjoys a measure of success with the first public screening of his film, The Garden of Degradation, leaving Hiroko feeling like a failure, invisible to the world around her. And before she realizes what's happening, she undergoes a surreal transformation that will ultimately help her find her bliss.

Leos Carax, another French director, offers a film titled Merde, the French word for excrement. This odd piece features as its protagonist a hideous, barely human character known only as the Man of the Sewers. When he emerges from his subterranean world through a manhole one day, wearing a too-small green suit and nothing else, he terrorizes the streets of Tokyo; first with a series of bizarre assaults on pedestrians, which escalates into a deadly barrage of hand grenades. The Man of the Sewers is arrested, and international news of this Tokyo menace captures the attention of Mr. Voland, a French lawyer for whom the Man of the Sewers looks much like his doppelganger, and happens to be one of a handful of people in the world who speaks his primitive language. Mr. Voland volunteers to act as counsel for the defense and a disturbing trial ensues.

Finally, Jooh-ho Bong of Korea directs Shaking Tokyo, the story of a Tokyo recluse who falls in love at first sight with a young woman who delivers a pizza to him one Saturday afternoon. In the brief time that the girl is in his apartment, an earthquake strikes. Thereafter, the hikokomori (the Japanese word for recluse) thinks only of her, until he learns from the next week's pizza delivery man that she has quit her job and is now living as a hikokomori as well. So consumed is he by his love for her that he is willing to brave the outdoors to find her. But once he steps outside his insular world, he discovers that life as he knows it has turned inside out.

As unsettling as these three films are, they speak volumes about the human condition, especially within the context of modern urban life. Each story offers its own unique twist on the recurring thematic concepts, and together they create an unforgettable mosaic of characters who will live on in the memory long after the credits roll.