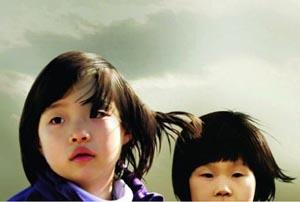 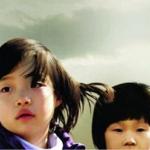 Two little girls, Jin and Bin, live with their parents in a modest apartment building in downtown Seoul. Bin, the younger of the two, stays with a neighbor during the day while her mother works and her sister Jin goes to school. She is in the first grade and is learning to tell time.

In the afternoons, Jin gets her sister from the babysitter and they go straight home, where they have a snack and do homework while they wait for their mother to return from work. Life is normal... life is functional... life is good. That is, until the phone rings one evening during dinner, and they overhear their mother's half of a troubling conversation.

The following morning, without explanation, the two girls are packed off to stay with their father's sister, a woman they call Big Aunt. As their mother prepares to leave, she reveals that she must go to look for their father. To placate their worries, she gives the girls an empty piggy bank with the promise that by the time they have filled it with their weekly allowance, she will return. A gesture that gives new meaning and symbolism to the concept of telling time.

It doesn't take long for the girls to realize that Big Aunt is sorely lacking in maternal instincts. In her negligent custody, they must learn to fend for themselves, and whatever funds their mother left for them is soon squandered on cigarettes and cheap wine. Nevertheless, the girls find a way to adapt.

They spend their mornings playing at the home of a boy with Down's Syndrome, where they are safe and well fed. In the afternoons, they forage in a nearby field for grasshoppers, which they grill on a brazier and sell in the streets as a tasty snack for passing pedestrians. Despite the loss of their weekly allowance, they still manage to fill the piggy bank with their earnings.

But all hopes are dashed when they wait in vain for their mother to return. And when the gruff and impatient Big Aunt packs them off to stay on a rural farm with their grandparents, Jin and Bin must learn to adapt yet again.

Written and directed by So Yong Kim, Treeless Mountain is an award-winning study in adaptability and resilience. And while the film is not uplifting in a classic sense, it conveys the oblique message that, left to their own devices without parental coddling, children are endowed with a survival instinct that enables them to adapt, and even to thrive, on their own. But at what price?