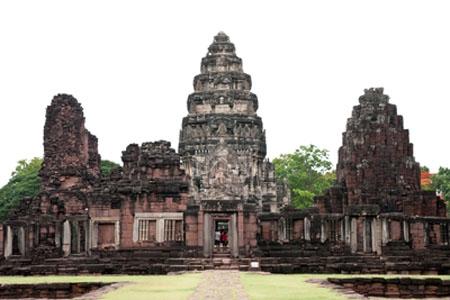 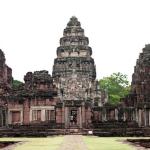 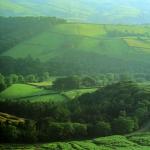 When you think of Thailand, what comes to mind? Southern beaches and islands may be a thought. Beautiful palaces and pagodas might also spring up as well as the warm Thai smiles. Even the spicy and tasty food might come to mind. However, one aspect that usually gets overlooked but still encompasses an important element to the kingdom is the Isaan region.

Isaan is the north eastern part of Thailand. The region consists of 19 of the country’s 76 provinces and is bordered by the Mekong River and Laos to the north and east and by Cambodia to the southeast.

The term Isaan is a Sanskrit word adopted in the 20th century which literally means ‘northeast direction’. The people in the region speak a unique dialect which closely resembles the Lao language more than Thai. However, most people do speak the central Thai language as their second tongue and for those who cannot speak it, they can at least understand the central language.

Isaan is a region that features many plateaus and mountain ranges. The Korat Plateau covers most of the region, with the Petchabun Mountain range constituting most of the region’s west. Because of the abundance of wildlife and flora, there are several protected parks in the area, with the most well known being Khao Yai National Park.

The region is also known for its unique culture. Mor Lam is the traditional folk music and song from Isaan. Lyrics in Mor Lam usually feature a theme of unrequited love or the difficulties of rural life delivered with wry wit and humor. The lyrics are delivered in an almost conversational style, similar to rap music and are usually accompanied by a traditional Lao instrument called the Khene (a free reed mouth organ).

Isaan’s past is also closely related to Lao history. After the decline of the Khmer empire, the region was then influenced by the Lao Lan Xang Kingdom from the 13th century. During this time, many Thais and Lao started to migrate and settle in the area. By the 17th century, the region was heavily influenced by the kingdom of Siam. During the 20th century, Thailand tried to unite all of its regions through a policy known as ‘Thaification’. The policy attempted to integrate the region as an integral part of Thailand and distance its history and roots away from Lao’s. During this time, the people of Isaan were also starting to study the Thai alphabet and the written script eventually replaced the Lao alphabet.

Isaan’s unique geography, history and culture offers the traveler a different side of Thai life...