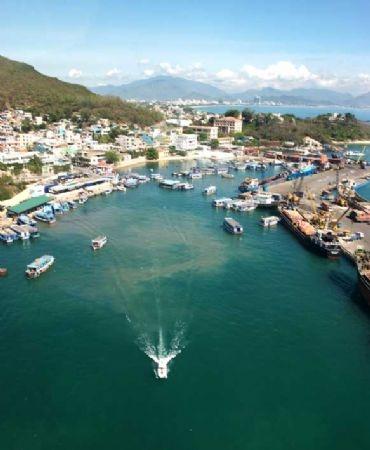 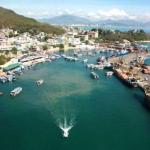 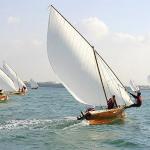 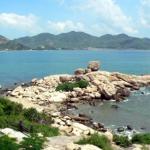 There are many islands at Nha Trang Bay - Khanh Hoa, Vietnam. However, the most well-known ones are Mieu island, Mun island, Tam island, Tre island and Yen island.

Mieu island: It takes you only about 20 minutes to get to Mieu island (or B?ng Nguyên Island) by motor-boat. You can visit the Th?y Cung Tri Nguyen where many species of marine creatures live or relax youself at the unique beach - Bãi S?i (Pebble Beach). This Th?y Cung is a fossil ship model from which, tourists can enjoy the collection of multiple types of species taken from many regions of Vietnam.

Mun Island (Hòn Mun) is a small island in the Nha Trang Bay complex. You can realize that all the rock fields on the southeast of the island is as black as ebony. That is why the island is called Mun Island. According to research, Mun Island has great ecological diversification with regards to coral reefs. In the island, 340 out of 800 world species of coral reefs have bên found here. From 2001, Mun Island Sea Reservation Zone has been set up, covering a total area of about 160 square kilometers (include many other islands like Tre Island, Mieu Island, Tam Island, Mun Island, Cau Island, etc.). This is the first Sea Reservation Zone to be established in Vietnam.

Tam Island (Hòn T?m) is an attractive ecological tourist site where the original beauty of the landscape is still remained with evergreen tropical forests and long charming sandy beaches. On the back of the mountain is a newly-found attraction - Hang Doi (Grotto of Bats) where lots of bats inhabit. Coming to this island, tourists will have chance to take part in various forms of sport activities like Kayaking, mountain climbing, volleyball on beaches, etc. Especially, from February 2010, tourists can have opportunity to observe Nha Trang Bay from balloons. Nha Trang Bay observed from 150 meters high may have been really different from the one that you see on land.

Tre Island is the largest one in Nha Trang Bay with the area of more than 30 square kilometers. The island is located about 5km to the east of Nha Trang City center, 3,5km to Cau Da Port. Beaches in this island are among the most charming natural beaches in Vietnam. With original vegetaion, mild and temperate climate, Tre Island possesses favorable conditions for developing ecological tourism and sea resort. The island is receiving much investment to develop high quality tourism infrastructure.

Ð?o Y?n (Yen Island): Local people call any island where the salanganes build their nests Yen Island. Among the 19 islands in Nha Trang Bay, Noi Island and Ngoai Island have the largest number of salanganes. Although beaches in these islands is rather beautiful, they are not exploited for tourism purpose. In stead, they are used for producing and exploiting Y?n Sào (a specialty made from salangane's nests).