A Lolita of the Far East 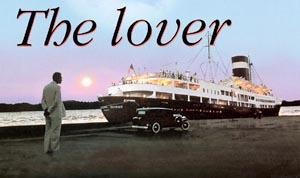 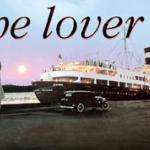 The setting is colonial Vietnam. A man of thirty-two falls in love with a girl of fifteen-and-a-half, who lies and says that she's seventeen. He's rich; she's poor. Her father is dead and her elder brother is a drug addict who steals to support his addiction. The girl, or la jeune fille as she is called in the film's French credits, is untutored in matters amorous but is a quick study. Her youthful candor borders on callousness. The man is idle, lonely, somewhat dissolute. The two of them prosecute a steamy love affair that occasionally involves an exchange of money or gifts, but the relationship has no future. They are from different cultures, of different ages; and the man is engaged to a woman he does not love.

Now, you might be thinking that the man is a Westerner and the girl une jaune fille. And given the above scenario you would be right nine times out of ten. But not this time. The man is Chinese, the girl French. The story is L'Amant, or The Lover, a film based upon the novel by Marguerite Duras. Duras herself grew up in Vietnam "before the war", as a gravel-voiced substitute for her informs us. A chain-smoker, Duras was the archetype of the sexy French authoress. Anais Nin? Don't bother with her endless diaries. Duras said all there is to say about doomed love and unleashed libidos in a book no wider than a pinky.

Times being what they were, the book is fairly reticent about what happens between "the Chinaman" and the girl under the covers. But the film's "unrated" version shows all, and the several lovemaking scenes are some of the most authentic ever shot. Like all exercise, sex is a combination of pleasure and pain, and the film's director Jean-Jacques Annaud has wonderfully captured both. One scene depicts the girl's deflowering. Another shows something very close to rape, when the man attempts to redress his humiliation at the hands of the girl's bigoted family. To open an extravagant dinner the girl's elder brother Pierre orders wine for himself and rice wine for you-know-who. This is only one slight of many. Even the girl flippantly (or flirtatiously) tells him: "I don't like Chinese very much."

But she doesn't like her family very much either. Like any addict, Pierre is irritable, domineering, and selfish. Her mother is self-pitying and weak, and she continues to favor Pierre even as he ruins the family. Her other son Paul is spineless. When the home is not a happy one, he weeps, plays the piano, shoots at cans in the backyard. Little wonder then that the girl spends so much time at the Chinaman's pad in "sleazy" Cholon, the Chinatown of Saigon. Or that she is not flustered when he calls her a whore. She'd been called worse. After the Chinaman gets rough with her, she casually asks him how much what they just did would cost in a brothel. She isn't angry; she's just noting the change in their relationship. She says her mother needs money and he gives it to her.

Almost needless to say, the girl's family uncovers the true nature of her relationship. At first their reaction is literally a violent one, both because the relationship involves money and because it involves a "Chink". (Sniffing a pair of her underwear, Pierre snarls: "I smell Chinese.") Only her mother eventually accepts the situation, in large part because the Chinaman pays not only for Pierre's debts but also for the family's return trip to France. What had seemed to be a case of puppy love and "yellow fever" on the girl's part ends up approaching an act of self-sacrifice: she has saved her family. Yet it is the Chinaman - his sleeping with underage girls to one side - who emerges as the only truly noble character in the film. He has his fling and then he does the grown-up thing. He gets married. And in the traditional Chinese fashion, he gets married to a woman he has never seen before, and in accordance with his parents' wishes. The girl watches the elaborate, clamorous wedding from afar. He tries to avoid her gaze.

In the film Shakespeare in Love, her immensity Queen Elizabeth declares that all stories of "love denied" end "with tears and a journey." And so it is with The Lover. As her giant ship heads out to sea, she sees the Chinaman's car on the docks. Only when she hears a Chopin waltz being played onboard does she realize how much she loved him. She cries. Narrator sums up. Credits roll.

The Lover was filmed on location in Vietnam, and the director has done a splendid job of recovering the colonial scenery and atmosphere of decay. The house of the girl's family is stained by years of monsoons and its grounds are overgrown. Most travel in Saigon is conducted by rickshaws, whose drivers have enormous calves, bare feet, steady strides. True, most of the Vietnamese are portrayed as faceless automatons wearing conical hats, scurrying around and chattering gibberish. But then, that's pretty much what they were to their French rulers, or to the Chinese merchants. But in the determined padding of the rickshaw driver's feet you can get a feeling for Vietnamese resilience. The girl's family shows that the French have already declined, while wealthy Chinese bask in the post-republic decadence and dandyism soon to be swept away by the Communists. This Chinaman wears Western clothes, knows Paris intimately, plucks his cigarettes from a case, has short and pomaded hair. "You have no idea," he says, "how weak I am." And so with the capitalist class.

A few scenes in particular distill the film's tragicomic Gallic touch. Two occur while the newly met lovers travel to Saigon in the Chinaman's car. He is trying to put on the charm but not having much luck when the car passes over a poorly built bridge, causing the two of them to bounce foolishly around on their seats. Whatever romantic mood had existed is now gone.

But soon enough his courage has returned, and we see that he is slowly moving his hand toward hers without her knowing it. Who has not done this at least once? Who cannot remember how terrifying it is? What a relief when she does not smack him for this transgression, and indeed permits him to transgress further still.

On a subsequent day she sees his car parked outside of her boarding school. She walks over to his window. Slowly, almost as if she were underwater, she brings her face toward the window until her hat and then her slightly opened lips touch the glass. Her eyes are closed. You can see how this is affecting him, as it would any heterosexual male, but she pulls away from the window as fluidly as she had approached it. A scene more delicately erotic could hardly be imagined; and the glass separating them may be taken as symbolizing - or foreshadowing -- the separation to come.

The film abounds in small details. When the girls says that she is fifteen-and-a-half, the "and-a-half" is a dead giveaway of her immaturity: no adult would make such an effort to seem old. In the novel Duras wrote that the girl had rather Asian features, which this girl (played by actress Jane March) does. As the girl travels to Saigon, there is a close-up of her shirt's collar. It has been mended: a sign of her family's straitened circumstances. She wears "cabaret shoes" and a "man hat", both proof of her eccentricity. But she's not yet comfortable walking in heels: again her youth is underscored. The Chinaman's bachelor pad has two plants. Both are dead when he first meets the girl. But she waters them dutifully and they spring back to life. Again, the symbolism is plain. She waters them once more after the Chinaman has moved out of the apartment; it is a final, unobserved gesture of her futile devotion.

Was she just in it for the money? Was he just in it for the sex? Does it matter? Only connect, as Forster said. Of course there is nothing very original about a story of impossible love, with Chinese and French merely taking the place of Montagues and Capulets. But no one has ever been able to explain why two people are drawn to each other, and with such force. I prefer the theory put forth by Aristophanes in Plato's Symposium, that lovers are two halves of a superhuman long ago divided by the jealous gods. The Lover itself offers no explanation. But both the book and the film are unforgettable glimpses into the workings of human love. It can be vulgar and sublime, torturous and exhilarating, beautiful and sad. But as long as we love, we live. Otherwise we are just dead plants in a Cholon apartment.

Review of The Lover, directed by Jean-Jacques Annaud.