'In the Mood for Love' Film Review 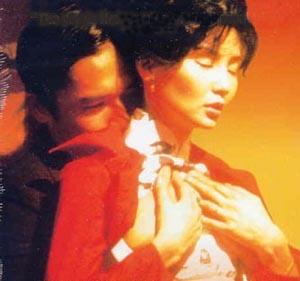 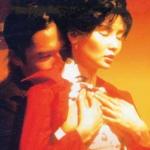 'Mood' is the operative word in this 1960's bittersweet period piece, written and directed by Kar Wai Wong. Known in its native language as Fa Yeung Nin Wa, In the Mood For Love stars Tony Leung as journalist and aspiring screenwriter Chow Mo-wan, and Maggie Cheung as Su Li-zhen Chan, a corporate administrative assistant.

Fate thrusts them together when they each rent apartments in adjoining buildings and move in on the same day. It soon becomes apparent that Mo-wan and Li-zhen are in the same boat: their spouses are both chronically absent, usually at exactly the same time, and it doesn't take them very long to put two and two together.

Irony prevails as the lovelorn lovebirds find a respite for their loneliness in each other's company, all the while, coyly fight their romantic urges to indulge in a much-deserved mutual infidelity. Under the unblinking vigil of nosy landlords and neighbors, their chance meetings on the sidewalk and in the hallways give way to clandestine rendezvous where they discover that they have more in common than just their wayward partners.

Nonetheless, they both possess the noble qualities of integrity and fidelity, so conscience and social propriety prevent them from sinking to the tawdry level of their undeserving spouses. Yet despite their unflagging resistance, the steady ember of true love and genuine friendship burns on, even when it becomes clear that theirs is destined to remain an unrequited love.

The story is a simple one that relies not on plot twists and artifice, but on nuance and pathos to endear its characters. Luxuriously crafted, with elegant wardrobing, oblique cinematography, and a stirring musical score, In the Mood for Love is a pensive, yet subtly satisfying romantic film.

In the Mood for Love is available on DVD, as is the soundtrack, at Amazon.com.