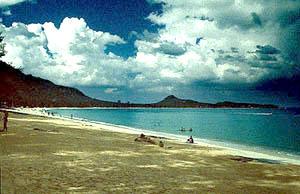 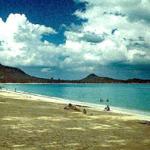 We all need to let go every now and then and whether you've spent the last two months on a mountain with nothing but goats to stave off the loneliness or on a deserted tropical beach somewhere not far from nowhere. Your sanity will require you to seek other people at some stage to ward of the voices in your head. Anyone who has seen Tom Hanks new movie Castaway won't find it hard to believe that paradise is anything but if you've no-one to share it with.

If you decide to seek out new companions on mass then head either for the bright light and big cities or find yourself a full moon party. The full moon is an important event in many religions and cultures and in same way that many new religions incorporated the festivals of the old, to help the transition of the converts, full moon celebrations have been taken over by the young as an excuse to party.

The chances are that wherever you're traveling in Asia or India you'll find that every twenty-eight days someone somewhere is putting together a full moon party. The basic formula is simple, you find a beautiful location either on a beach or near a waterfall or in some idyllic mountain retreat and you install a huge sound system, decorate your landscape with banners, streamers and fancy lights and then fire up the decks. The people you attract will each add their own spark to the party and before long you'll have a bunch of fire-breathing, fire-swinging, painted lunatics to entertain the rest of the crowd.

To get to Koh Phangan you have to either get the ferry from Surat Thani on the mainland or from the nearby islands of Koh Samui and Koh Toa. Finding accommodation on the island is becoming increasingly difficult either side of the full moon as the little island is finding hard to cope with the sudden influx of partygoers each month. A good party will attract up to three thousand people and if your thinking of staying in Hat Rin itself; forget it, unless the next party's not for ten days, you'll have little chance of finding any room at the inn and will probably notch up a fairly heavy Tuk-Tuk fare in the process of searching. Many people know this however and choose to stay either in one of the island's other resorts or simply ferry themselves over for the party, from the islands of Koh Samui or Koh Toa, both of which are only a short boat trip away.

Full moon parties are a great way to let yourself go and a great place to meet other travelers, however caution is most definitely required when attending one. Be wary of your fellow travelers, the long-term patrons of these parties may have developed less than savoury habits and some will do almost anything to preserve them. Drugs, in short, are a big problem. On a more basic level if you are likely to drink more and consume substances your body is not used to then remember that if you're staying anywhere other than Hat Rin itself you may have to ride home and the road out of Hat Rin is not for the faint hearted. Even for the sober and in the broad daylight the road from Hat Rin is perilous and many of the little mopeds, you will more than likely hire, don't have the power to make the hills. The excess you may put your body through will also cause you to perspire more, remember than Thailand is a hot country, so be very careful to consume water where you can, although not to excess, this may help stave off dehydration which can cause blackouts, very bad news if you trying to navigate that hellish road on a motorbike.

Full moon parties can be a great place to go but be very careful. Take taxis or Tuk-Tuks, which are readily available, and thankfully on Koh Phangan, still cheap and stay away from drugs. The government in Thailand is extremely harsh on those caught dabbling. At the last full moon party I attended a seventeen year old French guy was sold out by the very person who gave him his drugs and is now languishing in Thai prison and will contuinue to do so for many years to come, in my mind at least there are few places more frightening than a Thai prison.

More information about the full moon parties can be found at www.kohphangan.com. If you're thinking of heading for a full moon party on Koh Phangan, or anywhere else for that matter, remember to keep your wits about you, don't mess with illegal substances and look after your health. There are arrests made at every party make sure next time it isn't you who gets a reservation at the Bangkok Hilton.

The Greatest Airport In The World