No Self = Self-Help: The Dhammapada 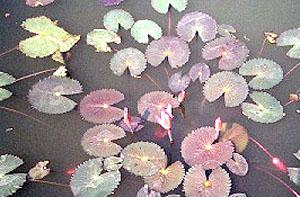 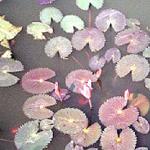 In his book The Age of Missing Information, writer and environmental activist Bill McKibben asked us to contrast the images on a television screen with the image of a duck swimming idly about a remote pond. Alternating his narrative between them (between hysterical televangelists and humming crickets, between scrolling stock market tickertapes and a soft southerly wind), he demonstrated with devastating impact how more plentiful - and more salutary - is the information available on your average mountaintop than on your average Movie Channel. When placed alongside staid nature or our animal friends in Zen, we humans seem, in a word, mad.

A similar and similarly devastating contrast could be made between journalism and religious scriptures. The former would allow us to believe that only the present moment matters, and only humans exist. It is a truckload of details thrown up into a heap then set aflame by an appropriate hyperbole. Scripture tends rather to emphasize the insignificance of the moment and the puny nature of man. Its view of the Earth and its scurrying masters is aerial, and it quenches the passions every bit as much as journalism inflames them.

Recently I had the pleasure and the shock of being reminded of this contrast by picking up an old version of the Buddhist scripture Dhammapada, Volume X Part I of famed philologist Max Muller's encyclopedic Sacred Books of the East. Having been made intimately familiar with the Dhammapada at an earlier point in my life, I expected only to be treated to a presentation of familiar themes couched in the English of the King James Bible, standard practice for translations in Muller's time.

But themes once familiar are soon forgotten, and I was startled to be turned from thoughts concerning my bank balance and the possibility of nuclear war in South Asia to this thought, the Dhammapada's opening line -- "All that we are is the result of what we have thought." No sooner had I left the desert of current opinion than I was dropped steaming into the oasis of ageless truth.

It has become a cliche to say that human religions are the same, that they are merely what Aldous Huxley called the "Perennial Philosophy" tricked out in different attire. Yet the similarities still delight in the finding. Marcus Aurelius wrote in his Meditations, "How easy it is to repel and to wipe away every impression which is trouble or unsuitable, and immediately to be in all tranquillity." The core philosophy of his Stoic predecessor Epictetus can be found in the Enchiridion: "Men are disturbed not by things, but by the views they take of things."

Buddhism is often mistakenly identified with self-deprivation because Buddhist monks are expected to keep vows barring them from indulgence in worldly pleasures. The Dhammapada contradicts this, honoring moderation and inward purity more than abstention and outward show. "Not nakedness, not platted hair, not fasting, or lying on the earth" - not even a monk's saffron robe signify the wise. No. Wise is "he who lives without looking for pleasures." Corruption lies in the desire for pleasures, not in the pleasures themselves.

As a corollary, wealth is not incompatible with enlightenment: the two are disjoined, one pertaining to things, the other to thought. Blessed is "he who, though dressed in fine apparel, exercises tranquillity." Greed, on the other hand, is harmful, being a desire. One must become rich accidentally, as it were.

There is reason to believe that the Dhammapada was written with laymen in mind, as it contains the five lay "commandments" proscribing killing, lying, stealing, adultery, and drinking. And despite Muller's obvious weakness for Biblical conjugations, he is learned enough to resist "shalt not". The commandments have the character of advisories, of traffic lights yellow rather than red. But supposing you enjoy your neighbor's wife without desire? Is that not, strictly speaking, wise? Though the Dhammapada is silent on the point, the Buddha believed people to be divided into four spiritual classes, each corresponding to a lotus bud in various stages of its growth. The lowest classes are lotuses submerged in mud; the highest classes are lotuses in full bloom. Those in the mud cannot even begin to understand the Buddha's more rarified teachings; they can be governed only by the tyranny of rules unexplained. Those blooming have no need of rules, because they can understand the rationale behind them, or have moved "beyond good and evil" entirely.

How do lotuses so different coexist? How does an enlightened one get along in an unenlightened - what the Dhammapada calls an "ill-natured" - world? Befriend sages. If none are available, better go it alone than traffic with fools. Retire to an "empty house"; go to the forest if you must: "forests are delightful." The path of an enlightened one will nevertheless "be difficult to understand, like that of birds in the air." Fools are suffered gladly - it is the prophets who go on the cross.

The Dhammapada suggests that constant meditation upon one's own inevitable senescence and death is not debilitating but liberating, because "those who know it, their quarrels cease at once." But even one in the fullness of youth is counseled to regard the body as "a dressed-up lump, covered with wounds, joined together, sickly...." This is realism at its most robust.

Max Muller's version of the Dhammapada runs about 12,000 words. This makes it among the most concise self-help books ever written, and were its numerous semi-redundancies and pastoral analogies eliminated, its core message could probably fit in a page. But one analogy could arguably stand for the whole: Be like a duck in a pond.