Over the Moat: An Interview with James Sullivan 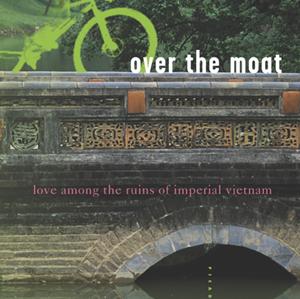 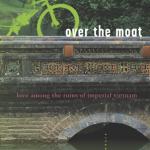 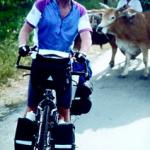 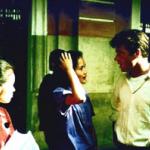 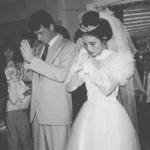 I had come here on a bike trip,
and that was over now, but as one of
the lights went out in the house nearby
and the train bucked again, I had a feeling
that my journey had only just begun. -James Sullivan, Over the Moat

Halfway between Hanoi and Ho Chi Minh City, halfway around the planet from Quincy, Massachusetts, lies the ancient Vietnamese fortress of Hue; and little did author James Sullivan know that, when he left Quincy on assignment for Bicycling Magazine, he would meet his destiny there.

It all began when David Relin, a globetrotting college classmate, suggested that they embark on a trek through Asia. With Bangkok as the 'hub' or 'staging area', as he put it, he proposed a lengthy 700-mile leg of the journey by bicycle, up Highway 1, from Ho Chi Minh City to Hanoi. With a measure of skepticism, James agreed, and by the time they'd gotten their itinerary mapped and their bags packed, they'd managed to subsidize the trip with a paid assignment for a feature article in Bicycling Magazine, two bicycles provided by a high-end manufacturer, and even a pair of round-trip business class tickets to Bangkok, compliments of Northwest Airlines.

In the interim however, between graduating from the University of Iowa's Writers' Workshop, and setting his spokes for Hanoi, James Sullivan had been awarded a James Michener/Paul Engle Fellowship to write a novel set in Boston during the 1970's, one to which he alludes in Over the Moat. Nonetheless, it was Over the Moat, a chronicle of 'love among the ruins of Imperial Vietnam', that would take center stage in his life.

From the very first page, Over the Moat drops into the midst of rush hour in downtown Hanoi; and like a cyclist winding his way through the maze of traffic thronging the serpentine streets, it spins a tale of the cultural and bureaucratic gyrations that would eventually result in James Sullivan's triumphant return to Quincy, Massachusetts with a Vietnamese bride named Thuy.

With a turn of phrase and fineness of craft rarely found in a debut work, Over the Moat captures the nuances of time and place and moves deftly between them, be it Hue or Quincy, Thuy's family home or the Hotel Morin, the ancient ruins of the citadel or a bookstore café on Newbury Street, a self-deprecating interior monologue or an intimate conversation between two lovers hoping to somehow find a permanent place in each other's hearts. No event or element is left unexamined or unrevealed.

Early in the story, James pauses to describe a pastoral yet pivotal moment in time. "At dusk," he says, "the sun dropped behind the western mountains, pulling the roseate sky light down after it through a cleft between two peaks, as magically fast as a genie into its lamp. I believed I could almost hear its departure, the light being sucked toward another day, in another place, illuminating chance and possibility elsewhere."

And later, while still angling his engagement to Thuy, he turns aside to recount a shrewd observation by an old friend about the nature of a long-term commitment. "A romance has a beginning, a middle, and an end, he liked to say, but they rarely proceed in that order. Instead, there is the beginning and then the end, and then the long, long middle part that most people never make it through. That middle part was the nghia, and I knew now that Thuy was trying to figure out whether I had the nghia in me."

Throughout his tale however, James doesn't dodge the hard questions either. With unflinching candor, occasionally verging on unvarnished contempt, he scrutinizes the obsequious proprietors of hotels and restaurants, with their dual pricing system for locals and foreigners; the cyclo-pimps with their promises of 'boom-boom' around every corner; the aren't-we-just-the-coolest-to-be-vacationing-in-Vietnam tourists; the bitter-but-righteous Vietnam vets, the crooked cops, the transvestite hookers, the ubiquitous street peddlers and untamed ragamuffins he encounters day in and day out during the year he spent living in Hue. All are subject to their moment under his magnifying glass.

But the overriding theme and underlying message of Over the Moat is one of humility, compassion and faith: Humility in the face of a brutally unfamiliar culture; compassion for a nation still grappling with the dark legacy of war; and unrelenting faith in both human nature and in himself.

On the Other Side of the Moat

Now back in Quincy, Massachusetts, James Sullivan lives with his wife Thuy, his son Cullen and daughter Vivian, in a quiet suburban neighborhood just outside Boston. His days are spent earning his daily bread as the editor of a trade newspaper in the home medical equipment industry. "I used to work at a daily newspaper," he says. "But being part of the Fourth Estate presumes attendant responsibilities that I couldn't carry if I also hoped to write my own work. Writing for a trade newspaper doesn't haunt me the same way. I don't feel as if I am part of the Great National Discussion that takes place in daily papers, and so I don't fret over the work I have to do there so much."

When asked how Thuy has adapted to life in the U.S., he replied, "Thuy's adaptation to life in Maine has been mixed. While she likes lots about the place, there's a dearth of Vietnamese living here - about 700 in greater Portland, according to an analysis in the Portland Newspapers in 1995. So there's no real Vietnamese community; there's no cohesion, and our attempts early on to create some cohesion through the Center for Cultural Exchange were frustrated. So, she was pulled not only from her family, but her community as well, which may have been all the harder. In late 2001, however, we succeeded in bringing Thuy's sister Minh over. She's been living with us since then."

James and Thuy also spend time traveling back and forth between homelands. "We've been back to Hue several times together, and Thuy has gone back once on her own. Our last visit was with our son in 2001. He was eight months old then. He's three and a half now, and his sister is one-and-a-half, and although we're due to go back to Vietnam by the end of this year, early next year, the prospect of spending 24 hours in the air with two little kids is daunting."

The promotional tour for Over the Moat has also necessitated a certain amount of travel for James. "The book tour has turned into a 15-stop, eight-state program that includes dates in Boston, San Francisco, Washington, DC, Chicago and Iowa City. On two of those dates, Thuy and I managed to pull away together for a couple of nights, so the book tour has provided a rationale for a little extra vacation on the side. And of course, it's been easy to justify getting the family to pitch in with the kids. All I have to say is, it's for the book, and they turn out in fine fashion."

Yet, even with Over the Moat motoring along at full steam, James is still hard at work on his original fellowship novel, the one set against Boston of the 1970's. As for future plans, he says, "I want to write at least two more good books - novels. I hope to develop a taste for jazz, and the patience for cooking and woodworking. I hope my kids develop boundless curiosities and that my wife and I have the chance to spend a little bit of each year in Southeast Asia in an old French house."

In those rare times when he's not writing, spending time with his family, or traveling, James still enjoys a variety of outdoor activities. In response to a question about his hobbies and leisure activities, he says, "I'm trying to remember. You see, I have two little kids, and their hobbies and interests are mine. I can still pull both of my kids on a sleigh for two hours (I found out last Sunday). And I dream about the day when I'll be able to go backpacking again. If I could corral a block of free time, I'd dash up a mountain, or take a mountain bike ride with some friends, or take in a movie with Thuy. Simple guy, pedestrian pleasures."

James is also an avid political activist. "I caucused last Sunday and will go to the state convention as a delegate for John Kerry." Moreover, he says, "I'm also passionate about SUVs (hate 'em), sidewalks (want 'em), strip malls and fast food chains (bane of America), religion (disappointed that literal interpretation has subsumed the meaning that inheres in lots of great stories), the past (can't outrun it) and the future (wish I were a better Buddhist so I could put it in its place.)"

Regarding his philosophy of life, he reflects, "There's a disconnect between what I want in my head to be true for my life and what in my viscera I respond to. In other words, I don't practice what I preach, which is this simple conception of Buddhism: alleviate suffering in others, be mindful of the present and marginalize the impact of the past and the future. That's the goal, and I've got a long way to go before I get close."

Over the moat, love among the ruins of imperial vietnam by James Sullivan, 2004, Picador, New York, NY.