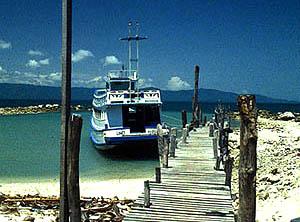 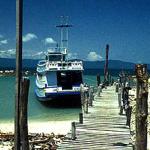 I come from Scotland a country of wind and rain and hail and snow. A country where the briefest glimpse of sun will turn the entire nation out in their t-shirts and shorts only to then drown them in rain half an hour later. As a Scottish person in the tropical paradise of Thailand I'm not sure I'll ever get used to this sunshine. When they told me it rains here too I was not afraid.

Thailand's weather doesn't believe in half measures, I've seen the glorious sunshine and I can testify to the heat of her midday sun, and when it rains here it does so in spades. There is a great romance to a tropical storm and I enjoy nothing more than lounging in my bungalow with the lights off while Mother Nature explodes into the fury of wind and rain, rather than the dreary gray drizzle I'm more use to at home.

When it rains in Thailand you had better take cover and quickly, sheets of water make just about every form of transport perilous from the lack of visibility and discomfort riding a motorbike in a storm provides to the high seas that can cause the many, normally sturdy, ferries to flounder. When traveling in the rainy season, be cautious and aware that your journey maybe more of an adventure that you would have at first expected. Taking a long-tail boat to Burma for a visa run, for example, can be transformed from a pleasant trip into an adrenaline-pumping endeavor through choppy seas and heavy rains. A colleague of mine was recently forced to endure sirens, frantic tannoy announcements and don his life jacket in the midst of the normally comfortable trip from Koh Phi Phi to Phuket as his shallow-hulled un-keeled ship struggled in rolling seas.

John the fellow in question, a half Australian half Thai diving instructor, may not be the best example as he is far from blessed in terms of his luck. In fact while I was enjoying my latest fix of storm watching John was actually struck by lightning about twenty yards from our bungalow. If you've never been close to a lightning strike then trust me the explosion of noise and light is both beautiful and terrifying. Some say that to tell the direction and distant of the storm you can count the seconds between flash and thunder. For every second between the two the storm is a mile away, as light travels faster than sound. When both come at once the noise is deafening and truly frightening and more akin to a bomb going off than a natural event.

Apart from the beauty of the storm there is plenty to recommend visiting Thailand in the rainy season for one thing the sheer speed with which the downpours descend will force you to take shelter as soon as you can. Thus thrusting lots of different people into the same havens from the gale sparking news friendship and giving you companions in your exile to discuss the thunderous spectacle. The impact on the environment is also stunning as gardens and forests burst into bloom with exotic flowers with elegant fragrances.

Thailand in the rainy season is a far greater adventure than the constant sunshine of the high season. The beaches are still there, the sea is still warm, the prices come down everywhere, nature is in overdrive and you might find your fellow travelers are more to your taste. After all in rains everywhere trust me I'm Scottish and I should know. The rainy season in Thailand usually lasts from June until November as a monsoon rages from the South West, there is also a North Eastern monsoon from October to February but this generally causes less impact.

Neil's Guide to being a Vegetarian in Thailand . . .