The River at the Center of the World 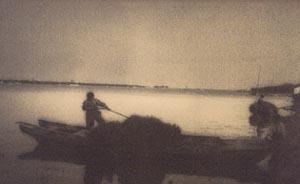 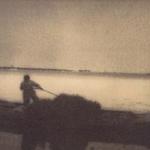 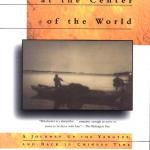 Title: The River at the Center of the World. A Journey up the Yangtze, and back in Chinese Time.

It is the symbolic heart of China. Rising in the mountains on the Tibetan border, the Yangtze River pierces 3,900 miles of rugged country before debouching into the oily swells of the East China Sea. Its path embraces every geographic feature and almost every ethnic group, and its banks are home to both scenic splendor and foul industrial pollution. Connecting China's heartland cities with that volatile coastal giant, Shanghai, it has also historically connected China to the outside world through its nearly one thousand miles of navigable waters. And to travel up those waters is to travel back in history to sense the soul of China.

Long off-limits to foreigners, the far reaches of the Yangtze are still off-limits to most tourists and travelers simply by dint of the difficulty in traversing the terrain. But for Simon Winchester, traveling the length of this mighty river was a lifelong dream, and, together with a Chinese companion, he set out to do just that. The result is this unforgettable portrait of China.

To follow Winchester on his adventures up the Yangtze is to experience the essence of China - to absorb its flavor as well as learn its history and politics, to feel its culture, geography, and climate, and, en route, to meet up with uncommon people in remote, almost inaccessible places. Endlessly curious, urbane, witty, and knowledgeable, Winchester introduces us to a world we might otherwise have missed.

Perhaps no writer and subject were ever better matched than Simon Winchester and the Yangtze. A resident of Hong Kong for nearly a decade, the author of well-received books on Pacific Rim countries, and the Asia-Pacific editor of Conde Nast Traveler, Winchester is also a geologist by training, and brings an added dimension to his descriptions, enabling him to depict the forces of nature that have shaped this powerful river and that, indeed have shaped the very nature of China itself.

Born and educated in England, Simon Winchester has lived in Africa, India, and Asia and now makes his home in New York. Among his books are The Sun Never Sets and Pacific Rising.