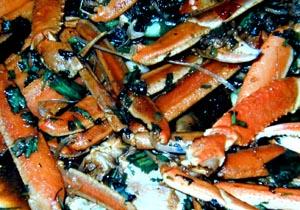 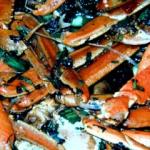 For many centuries a major crossroads for the ancient eastern spice route, Singapore is considered to be the melting pot of Asia with a world-class cuisine. Offering a diverse menu encompassing Chinese, Indian, Malay and European foods, as well as some very unique blends of these dishes, the small island country is a gourmet's paradise. The problem for a traveller is not finding fine foods, but deciding what to eat. With a staggering array of dishes, the pleasure of enjoying the Singapore cuisine is a culinary delight not to be found in many other countries.

A tiny island nation of three million people located at the crossroads of Asia just off the southern tip of the Malaysia Peninsula, Singapore was founded by the English adventurer, Sir Stamford Raffle. He bought the island, which gets its name from Singa-Pura, Sanskrit for Lion City, from a Malay sultan and in the ensuing years, due to immigration from the neighbouring lands, a rich and varied cultural background developed.

As a whole, Singapore is a Chinese town with a strong Western face, mellowed by other influences. Its architecture is an eclectic mix of Colonial, Chinese, Malay, Indian and Arab.

In communication and speech, it is the same potpourri. The state has four official languages: Bahasa Malaysia, the national tongue, Mandarin, Tamil and English which is the language of business and administration. Even though 77% of the population are Chinese, 14% Malay, 7% Indian, 2% Eurasians and others, English unites them all.

This conglomeration has spawned a mind-boggling array of dishes, which consist of, in addition to Malaysian, Thai and all types of European foods, Asian peasant fare and the courtly foods of Imperial China and India. The whole state is a miniature world of Asian cuisine, peppered by the Western kitchen. Everyone has access to these foods in the inexpensive, hygienic food-court centres found everywhere.

Arabs, Chinese, Malayans, Indians and Europeans all played a part in bringing diversity to every aspect of life, especially when it came to the nation's kitchen. Today, Singapore presents the whole of the South-East Asian culinary world in microcosm.

For centuries, merchants have been trading goods from the Arab lands, India, China and the Southeast Asian islands, bringing with them a variety of cultures. Subsequently, Singapore became a cosmopolitan city-state where varied peoples came to appreciate each other's cooking. Each culture brought with it unique cooking methods. As the new generations grew up, they experimented with the new dishes brought in by the immigrants and in the process created a good number of unique Singaporean recipes.

It is said that no other Asian country has such a wide array of dishes. Being a kaleidoscopic world of food, the Singapore cuisine encompasses elements of Arab, Chinese, Indian, Indonesian, Korean, Malaysian, Japanese, Thai and European foods. Because of Singapore's multi-racial melting pot, all the immigrant cuisines compete in the battle of the taste buds, allowing the island's foods to reach a high standard of excellence. Even though a number of culinary experts claim that there is no such thing as Singapore food, one will find that there has been an evolvement of immigrant cuisines into some of the most tastiest dishes in the world - now proudly known to the island inhabitants as 'Singapore Food' - a fusion of Western and Asian cooking.

Today, Peranakan or Nonya food is the closest that Singapore has to an indigenous cuisine. The dishes are a combination of Chinese, mostly Cantonese, Malay and other foods developed into an unique imaginative and extremely subtle Singapore blend. Regional Indian creations such as Roti Prata, Rojak salad and Mutton Soup; and versions of Satay and Mee Goreng are now well-known Peranakan dishes. Other dishes such as Fish Head Curry, Nasi Lemak, a Malay rice dish with fish, chicken biryani, an Indian treat and Hainanese Chicken Rice are to be found in hawker centres and food courts throughout the entire island.

A large segment of the population in Singapore is Muslim and, hence, halal food is to be found throughout the city. There are Arab, Indian and Malay Muslim foods, also called Mamak food, which are almost always displayed with Arabic plaques. Nasi Padang, a Muslim food originating from the Island of Sumatra in Indonesia, is one of these foods which any visitor should try.

Seafood prepared in a wide variety of ways is much favoured by the local inhabitants. Barbecued stingray, black pepper crabs, chilli crab, deep fried baby squid and drunken prawns are some of the seafoods which Singaporeans and visitors cherish.

For visitors dining in world-class food establishments or in peoples' hawker centres, it will be a gourmet experience of a lifetime. The range of cuisine in Singapore is incredible. The island nation has more than 500 fine restaurants that cater to every taste. They serve all types of cuisine from American, Greek and Italian to Korean, Japanese, Mexican and northern Indian.

For a gastronomic treat, one should come in July to enjoy the Singapore Food Festival, a month-long celebration of Singapore's gourmet food. However, if one cannot travel to Singapore, these few traditional dishes, prepared with easily found ingredients in all parts of the world, will give one an idea of the rich Singaporean cuisine.