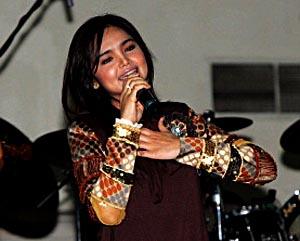 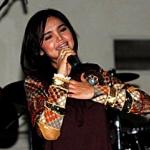 KUALA LUMPUR, March 28, 2005 - Malaysian pop princess Siti Nurhaliza Taruddin once dreamed of being a policewoman, but instead of capturing crooks she now captures hearts and is hot in pursuit of international stardom.

The concert, where Siti will be backed by the London Symphony Orchestra and some of Asia's top musicians, marks a new chapter in a career that has transformed a smalltown girl into a national icon and a household name in the Malay archipelago.

"It will be my first step onto the global stage and April 1 is symbolic. The show date is the same date my first album -- "Jerat Percintaan" (Love's Trap) -- was released 10 years ago," she tells AFP in an interview.

"I look at it as a chance to test international waters. I feel like I am starting all over again."

The rapid rise to fame for Malaysia's poster girl reads like a fairy tale.

Born to a policeman father and a housewife mother in the sleepy town of Kuala Lipis in Pahang state, Siti is the fifth of eight children and grew up wearing hand-me-down clothing and helping the household budget by hawking homemade delicacies to her schoolfriends.

She may not have a glamorous pedigree but she inherited her singing talent from her mother, a traditional singer who performs at weddings and police events.

At the tender age of six, Siti was already entertaining her peers in school with traditional hits and began entering local singing contests when she was 12.

But singing was not her first love during childhood. "I had wanted to become a policewoman because I like challenges, I enjoy rugged activities," she says, flashing her famous wide-screen smile. It is hard to imagine the soft-spoken, doe-eyed singer, who is unabashedly feminine, as a gun-toting officer.

But, she says coyly: "I may be soft, but I'm firm." Destiny, however, had other plans for her. At the age of 16, Siti won a 1995 television talent contest that put her career on a rocket launcher.

Her debut album was released the same year and she now has a total of 14 Malay albums in her bag, offering a wide repertoire of mainly love songs -- from ballads, RB (Rhythm and Blues), and pop to traditional -- that appeal to a wide spectrum of society.

Siti has garnered legions of adoring fans in neighbouring Indonesia, Brunei and Singapore, and has been voted by MTV Asia as the region's favourite Malaysian artiste for four consecutive years.

She is a familiar face in television commercials and government campaigns and was crowned "Teen Princess" by the ruling United Malays National Organisation. The post office named her "Malaysia's Stamp Princess" for the tens of thousands of fan letters she receives each year.

Siti has won so many local and regional accolades that she set a local record for being the artist with the most number of awards -- more than 100.

Siti's appeal -- apart from her honeyed voice -- comes in large part from her wholesome, girl-next-door cuteness that strikes a chord with the region's large Muslim population which frowns on sexy foreign artists.

She does not wear the Muslim headscarf, but dresses in a conservative modern style.

There is no hot-blooded performance on stage and Siti is seen as good, clean entertainment, winning approval even from Indonesia's influential religious preacher Abdullah Gymnastiar, who called her a "gift from God".

When Indonesian activists earlier this year staged anti-Malaysian riots amid a bilateral row over territorial rights, a commonly heard slogan was: "Crush Malaysia, but save Siti Nurhaliza".

"If we have talent, we don't need to be sexy to be popular," Siti says when asked how she planned to win over Western fans. "I don't have to be someone else to be the best in the industry. I am confident in the music that I bring and in my singing."

She names Canadian songster Celine Dion and Barbra Streisand as her idols.

The ambitious pop star is hoping to release an English album. She is already planning for her next concert in June in Perth as well as for a traditional concert in Kuala Lumpur next year.

But fame comes at a price, as Siti has discovered.

She became the target of hatemail last year, alleging she had artificially enhanced her beauty and indulged in sex romps. The disparaging e-mails were sent to entertainment journalists and later widely disseminated.

The nation was agog when veteran diva Sharifah Aini Syed Jaafar, 51, was hauled to court in December for allegedly slandering the popster, who dethroned her as the country's most popular singer.

Sharifah Aini, who started singing at the age of seven and released some 77 albums throughout her 35-year career, pleaded not guilty to the charge of defamation. The trial is ongoing.

"I don't want to think about it. Of course I am disturbed by the case but I try to take it professionally," Siti says.

Love still eludes her, but she says she is too busy to worry about it.

Who is her ideal mate?

Is she looking for a hero? "No, a man with a good heart is more important. Having inner beauty, that's what I search for."

Siti says her production house also hopes to produce a movie this year but remained vague about her plans to venture into celluloid. "If I feel I am ready, I may also try out acting," she says.

Perhaps Siti will get her wish after all to become a policewoman -- in reel life.