Thailand's Dance of Greeting: The Wai

Wai From Boy in Lanna Dress 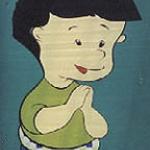 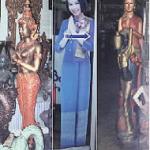 One of the most charming, yet frustrating aspects of Thai culture is the wai, the gesture of greeting and parting. Like the Indian namaste, the wai is essentially the pressing together of palms, accompanied by a nod of the head, a slight bow, and the Thai hello: sawatdee. But to wai or not to wai, that is only one question of many.

In general, the palms may be held so that the tips of the thumbs touch four different places: chest, chin, nose, and forehead. Each position indicates the social position of the waier relative to the waiee. Chest-wais are given to students, children, and compeers; chin-wais to adults; nose-wais to teachers and parents; and forehead-wais to images of the Buddha. The forehead-wai is also used to greet monks and the King of Thailand. If two strangers meet, but cannot gauge each other's age or relative social position, the chin-wai is the safest.

Teachers and parents commonly do not reciprocate wais. This is not to be taken as a slight to your carefully rehearsed wai. In Thailand, these two groups are respected almost unconditionally, and may acknowledge a wai with merely a nod.

Thais are sometimes baffled by how to wai recognizable non-Thais, most of whom are farangs, people of European ancestry. Farangs usually shake hands. Thus arises the ridiculous situation in which a Thai tries to shake the hand of a farang, whose hands have already been brought dutifully together in a wai, or vice versa. To avoid this, many Thais and farangs merely nod to each other, smile, and bow slightly.

The forehead-wai is offered to images of the Buddha every time an image is within sight. Devout taxi-drivers speeding down a highway may nonetheless quickly take their hands off the wheel to wai images. I know of no traffic fatalities resulting from this devotion; suffice it to say that it's a good thing Thais believe in reincarnation.

Like many hand greetings, the wai originated as a way of showing respect, and as a way of showing that nobody has a gun. Unfortunately, somebody commonly has something else. Properly, they should drop whatever they have; but increasingly the wai is performed with the object held awkwardly between the palms. It could be a book, a whisky bottle, an unwitting baby's head. More and more it is a cell phone.

Another problem posed by the wai, like the handshake, is a combinatorial one. The number of handshakes taking place between people is about half of the square of the number of people. 5 people means 10 handshakes, but 10 people means 45 and 20 people means 190. Wais likewise. If the waiees are important people, each should be waied. If time is short, Thais wai a few times to various parts of a crowd, and contract multiple sawatdees to wuddee, wuddee, wuddee.

The question when to wai is fairly simple to answer. The younger generally wai elders first. If you are entering or leaving a residence, you should already be bringing your hands up. If you happen to be a farang courting a Thai, you must remember to wai every older member of the family - especially your beloved's father and mother -- before they wai you. Thai households being what they are, it is not always clear who is family and who is not. Err on the side of caution: "politeness" is counted among the highest of Thai virtues.

Regrettably, waiing between equals and friends is being phased out; but when in doubt, a wai won't hurt. It can only hurt if it is offered insincerely, or worse, mockingly. There are not a few travelers in Thailand who should be deported for their desecration of the wai. Among other displays of cretinism, I have seen tourists bow like Japanese, namaste like Indians, and utter some nonsensical word, all at once. In a country less tolerant than Thailand, such contempt for etiquette might get you punched. Here it is largely ignored. Noted, yes. Mentioned, but not to you. Avenged -- why bother?

But sometimes even well-meaning questions regarding the wai's rules can unsettle a Thai to a surprising degree. Out of curiosity, I once waied my students in exactly the same fashion they are expected to wai me. "Can I do this?" I asked, naively. Had I been naked or aflame, they might not have been more dismayed. "Please stop that now," they stammered, looking around the room as if for an escape hatch. They heaved a collective sigh of relief when I did stop, and I've never done it again. The Thais believe that to be waied in such a way shortens one's life.

Having undergone such training and mastered the intricacies and subtle social meanings of the wai, a traveler will often wai liberally. Returning to the land of handshakes and bear-hugs, he may find these rather forward, intrusive, even needlessly sweaty. As he declines thrusted arms with a courteous nod, he may be seen as aloof, even rude. But he has learned a greeting more modest and complex, and -- if done right -- more graceful and beautiful.