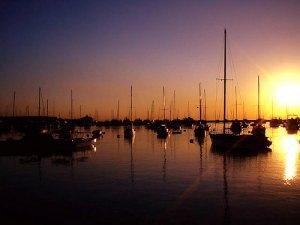 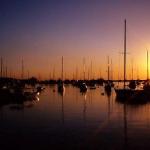 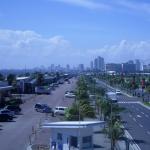 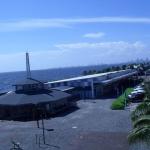 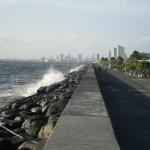 By Junfil Olarte, The Travel Writer's Journey
Docking at the wharfs of Manila reminds me of my first arrival in the city many years ago: the first of the many arrivals I have had in the Philippine capital. A sunny climate greets me. Its sunlight is intense yet reflecting so vibrantly upon the waters of Manila Bay. There have been depressing critics about the city considering its smoggy and chaotic traffic, its crimes, not to mention the voluminous homes (if such can be called homes) of poor squatters along North Harbor coast (its polluted seawaters), and the seemingly fleecing taxi drivers waiting outside its seaport and landing areas.
Crime lives everywhere in the world and so, too, does poverty. Describing a place solely through its cynical views is unfair and nonsense. That is not what Manila is all about. It is about the greatness of its historical genes, its location, and the city’s natural splendor that poverty, crime—or even time—cannot change or somehow erase. Several people the world over do not seem to appreciate it. Or perhaps, the common image still persists after Claire Danes described Manila as “a weird and ghastly city”.
Splendid Display at the Bay
The 5:00pm sundown casts its magical light. Manila’s western sky looks like a blazing banner of scarlet, crimson, yellow, purple, and the seawaters below seem liquid gold. Its shores have been my favorite place to hangout in. Craving to see it again, still the sunset displays amazingly beautiful. All remains the same as I and my special someone amble along the southern coast of the city.
Many people say that the sunset over Manila Bay is exceptional and without equal in any part of the world. Watching it is the city’s most avidly observed ritual. Such sunset is justly famous that only Nile’s sundown at Luxor could possibly match up. There the Egyptian sunset does its orange orb glides slowly toward the horizon. It reminds me of the earliest Egyptian belief that the sun is God and why the Valley of the Kings is on the Nile’s west bank.
What about Manila Bay’s? It is the effect of light on clouds, sky and seawaters that is remarkably terrific. Such blend of reflections is rare and mystical. And to that, the city’s legendary view of the sunset, its unique location, somehow tells me that Manila indeed is one of Asia’s great cities.
Ideal locations to view
Off from inclement weather, off course, is the best period to experience sunsets at Manila Bay, where the sun is at its roundest and excellent color. There are several places of interest to observe it. One can go to the Mall of Asia or its San Miguel by the Bay area, a dining strip and open park at the back of the mall. Such a place is situated at the Bay City in Pasay City, near SM Central Business Park and the southern end of EDSA. The commercial edifice is the largest mall in Asia and the 4th largest mall in the world that has started its business in May 2006.
However, the most ideal point to look over the fabulous sunset is beside the shorelines of Roxas Boulevard, along the promenade of the once popular Baywalk. It is a 2-kilometer long strip that stretches along Roxas Blvd between the US Embassy and the Cultural Center of the Philippines (CCP). The public walkway of Baywalk did have a number of leisure and nighttime pubs, but the present City Government of Manila ordered its demolition a while ago. The location still remains very much open to the public.
Doing it even more exciting, one may go to the dock next to the Folk Arts Theater at the CCP Complex. There you can board a sea vessel that sails across the waters of Manila Bay. The history of Manila is intimately tied to these waters during the Spanish rule. It was here the Americans had won the crucial battle against Spain. Although some historians say that such eminent clash was a sham and was staged with the aid of Spain. The splendid display of the world’s best sunset can be enjoyed onboard a scenic cruise with a romantic dinner.
Also, along the South Harbor coast, a simple floating restaurant near Manila Hotel gives a suitable view of the rare sunset. My countless arrivals in the Philippine capital are memorable, but it has not had the desired effect. I shall carry on with my task until I've realized that such a different light over Manila has actually made my experience complete.