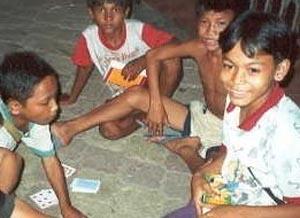 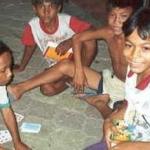 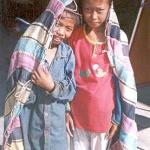 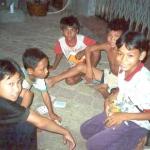 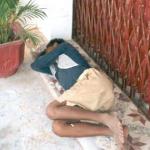 Each year an ever-increasing stream of tourists arrive in Siem Reap, Cambodia, the small town that serves at the gateway to the wondrous ancient temples of Angkor. These foreigners will visit the jewel of the archaeological park, the world famous temple of Angkor Wat, and in turn marvel at the carved faces of Bayon in nearby Angkor Thom - the site of what was once the world's largest city. They'll traipse through the "jungle" temples of Ta Prohm and Preah Khan and marvel at how just a few centuries of neglect - augmented by Mother Nature's touch - have magically enhanced the mystical aura of these crumbling temples. But even those renowned sites are just a small slice of what awaits visitors to Angkor.

Since the start of this decade Siem Reap has morphed from a sleepy hamlet into a bustling boomtown. The spike in tourist numbers is directly attributable to several factors, the most important of which was the advent of direct flights to Siem Reap from major cities throughout Asia. In the not so distant past (as recently as 1998), tourists wanting to visit Angkor had to first fly to Phnom Penh, and then make additional transportation arrangements (plane, boat or car) in order to get to Siem Reap. The increase in safety (in cities and on roads) within Cambodia has also helped stabilize the tourism industry. The Khmer Rouge army has disbanded and tales of highway banditry, kidnapping and even killing, are also now relegated to the history bins. Landmines? The country is still riddled with them, but all areas frequented by tourists have been thoroughly de-mined.

Along with the tourist onslaught, the number of foreigners opening up businesses in Siem Reap has also noticeably increased. In the area surrounding Siem Reap's Old Market (Psah Chas), dozens of bars, restaurants and shops catering to tourists have sprouted like summer weeds, sporting funky names such as Soup Dragon, Blue Pumpkin, Red Piano, Lazy Mango and Dead Fish. Perhaps the most startling change of all has been the large number of hotels and guesthouses that have opened or are currently under construction. Highway Six, the road leading to the airport, is now riddled with generic Khmer-styled buildings with equally unimaginative names (Angkor Village, City Angkor, Angkor Century, Bopha Angkor, etc.).

Accompanying this rapid growth, however, are predictably negative trends such as increases in crime, drug use and homelessness. Such unpleasantness used to be confined to the capitol city of Phnom Penh where thousands of people, many of them children, wander the streets and garbage dumps of Phnom Penh each day looking for food, or scavenging for garbage to recycle for a bit of money. The more ambitious ones, most likely those with homes to return to each day, shine shoes, tote around bathroom scales (for customers to weigh themselves) or sell items such as newspapers, flowers or fruit. Still, the problems of drug use among street children in that city has only gotten worse in the past few years.

While Siem Reap doesn't yet boast such a variety of entrepreneurial young vendors, nor the drug and crime problems that have festered in Phnom Penh, it is starting to show a few blemishes. For one thing, begging has become an inescapable part of the local fabric. Around the Old Market area, swarms of young and middle-aged men hobble around on crutches - most of them missing a limb or two due to landmine accidents -begging aggressively for money. Another common sight is that of young women who hold infants in one arm while making pitiful pleas for money. Echoes of "One dollar, please" reverberate. When these women get tired, they pawn off the baby (just whose child is it, I often wonder?) to a prepubescent girl or boy, who in turn takes up the begging duties. Late into the night these young children haul around even younger babes begging for money or perhaps scavenging for cans and bottles to recycle. There is no curfew in Cambodia.

The saddest part of the street begging scene in Siem Reap - certainly something that many tourists to Angkor never see (and when they do nothing more than commute back and forth to the temples from your luxury hotel it's no wonder) is the increasingly desperate legion of homeless children - many of them chronic glue sniffers - that live on the streets of Siem Reap. They aren't your stereotypical rowdy, surly teenagers, but young, pre-teens with nice dispositions. Unfortunately, however, like the amputees and baby-toters, they tend to follow tourists down streets, whining pitifully for the almighty dollar. When they aren't stumbling around stoned, begging, or urinating in alleys, the glue addicts sleep in front of shop doorways. One reason for this recent rise in the numbers of Siem Reap street children is the rising death toll brought on by AIDS in Cambodia. Mothers and fathers are dying and many children are finding themselves orphaned, without relatives or a family to live with.

Other reasons are purely economic. Besides the glue sniffers, other children wander the streets on a daily basis, collecting recyclable items from garbage baskets and gutters. Thus, instead of going to school with their friends each day they are forced into this endless cycle of daily drudgery in order to earn supplemental income for their families. Even the smiling, articulate children that sell souvenirs in front of most Angkor temples have become the main breadwinners in their families. The lucky children - the ones with money to spare - attend classes in either the morning or afternoon. Their less fortunate peers must work every day, too valuable to their family to risk losing to the classroom.

Such shortsightedness - get what you can today and don't think about tomorrow - is one of the main problems with Cambodian society today. Another major dilemma is the relative youth of the current population. A census in 1999 revealed that 42.5 percent of Cambodians were under the age of fifteen (by comparison, in the USA the same age group comprised only about 20 percent of the population). Consider the implications of that statistic and what the future for these youths will be like. What will happen during the next decade when so many young Cambodians start seeking employment? Will there be enough jobs to go around? And if so, will it pay enough to support a family?

Despite all the money pouring in from Angkor tourist revenue, Cambodia remains a very poor country with alarmingly bad infrastructure. There is a negligible domestic manufacturing and agricultural industry. The country continues to import many common household items (everything from soap and soy sauce to even fruits and vegetables are brought over from either Thailand or Vietnam) and is still depressingly dependent upon aid from NGOs and international relief organizations for project support and, of course, money.

What will happen to Cambodia's youth of today - and tomorrow?