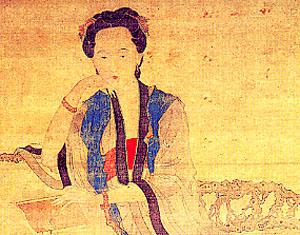 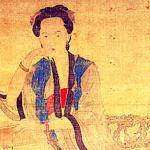 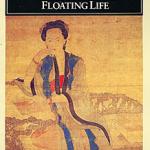 Long revered as a classic work of Chinese literature, Six Records of a Floating Life is the autobiographical narrative of Shen Fu, a young poet and painter whose passion for life and devotion to his beloved wife Yün have won him a place in the hearts of his readers for more than a hundred years. Although the introduction describes this work as a "valuable social document," regarded primarily by scholars as an excellent portrait of daily life during the Ch'ing Dynasty in eighteenth century China, Six Records of a Floating Life is so much more than that. His tale begins with the self-deprecating statement, "Unfortunately I never completed my studies, so my writing is not very skilful," yet Shen Fu manages to weave a complex tale of romance, camaraderie, family obligation, social inequity, and human tragedy, imbued throughout with buoyant humor, profound pathos, and transcendent mysticism. While adhering to the constraints of classical Chinese literary composition, within the confines of social correctness befitting the times, the craft and depth of this early work by a self-professed amateur are unparalleled.

As evidenced by the chapter titles, The Joys of the Wedding Chamber, The Pleasures of Leisure, The Sorrows of Misfortune, and The Delights of Roaming Afar, Six Records of a Floating Life is a multi-faceted chronicle of the author's life, with each of its chapters framed within a thematic context. As the story unfolds, significant events are told and retold in consecutive chapters, revealing them each time in a different light, with varying degrees of nuance and detail. The result is a layered effect that sometimes keeps the reader at arm's length, and at others, intimates some of Shen Fu's most private moments.

To the Western reader, Six Records of a Floating Life may seem at once both exotic and obfuscating. Shen Fu's prose is infused with the evocative imagery of jade and jasmine, pearls and peach blossoms, ghosts and gardenias. His world is composed of such blissfully-named places as Pavilion of the Waves, Home of Water and Moonlight, Vista of a Thousand Clouds, and Lotus Lovers' Hall. Yet for all its charms, Six Records of a Floating Life also contains occasional passages that may leave the reader wondering. The Pleasures of Leisure, for example, commences with ten pages of minutiae on gardening, flower arranging, and interior design: an effort that could only be adequately appreciated by the likes of Martha Stewart.

Shen Fu also introduces many friends, family members, and teachers throughout his chronicle, each of whom has no fewer than three names, some as many as five. According to Chinese tradition, each individual has a family name and a given name (placed in that order), as well as a "courtesy name" used for polite address, a "literary name" used to express a desired attribute, and a "style" used as a kind of formal nickname. In The Delights of Roaming Afar, for instance, Shen Fu mentions, "a fellow-student whose family name was Ku; his courtesy name was Chin-chien, his literary name was Hung-kan, and his style was Tzu-hsia." Although the enumeration of each person's various names can be a source of confusion at times, a patient reader will come to appreciate the eccentricities of both Chinese culture and Shen Fu's literary style.

Woven throughout the text is the romance between Shen Fu and his beloved Chen Yün, a woman who was both his cousin and his wife by arranged marriage. The first chapter, The Joys of the Wedding Chamber, is devoted entirely to her. Here Shen Fu describes in whimsical detail, the trifles and idylls of their time together: Yün's unique charms and mannerisms, their mutual love of poetry, the mystical settings of their rendezvous, the edible delicacies they shared, and the lovers' games they played. Alas, Shen reveals early in his chronicle that Yün's life would be prematurely extinguished by a lingering illness. Yet this vague allusion to her impending death sets a tone of mystery that arouses curiosity and underscores their young love with a tragic irony. Foreshadowing of Yün's death recurs many times throughout the story, and Yün herself is fond of the notion that so deep is their love, they will meet again and marry in the next life.

Despite her devotion to Shen Fu, much of Yün's passion and fate is bound up in her obsession with a young concubine named Han-yüan, whom Yün has ostensibly engaged on her husband's behalf. It is as if Yün thrives solely on her secret sisterhood with Han-yüan, without which she is literally drained of her life's blood. And again, Shen Fu reveals early on that Han-yüan is somehow implicated in Yün's death, thus intensifying the enigmatic nature of his story.

In a chapter titled The Sorrows of Misfortune, when at last Shen Fu arrives at the moment of Yün's passing, he does so deftly and with great tenderness. The transcendence of Yün's ephemeral essence is breathtaking, and Shen Fu's grief, palpable. In that moment, Shen Fu speaks with a stark emotion and candor that leaves the reader with the feeling of having trespassed upon a diary meant for his eyes only.

Shen Fu's chronicle ends mysteriously with the completion of only four of the six records. The existence and whereabouts of the other two has been the subject of much speculation and debate since its original publication in the 1870's. In fact, two subsequent chapters titled A History of Life at Chungshan and The Way of Living were published in the 1930's by the World Book Company, but were later declared fraudulent by scholars. Though incomplete, Six Records of a Floating Life stands on its own as one of literature's finest works.

Of course, as with any translation, accolades belong as rightfully to the translator as to the author himself, and Six Records of a Floating Life is no exception. Given the vast array of English synonyms for any given character in the Chinese alphabet, Leonard Pratt and Chiang Su-Hui have recreated Shen Fu's autobiography with both artistry and poetry. While the beauty of Shen Fu's words truly merit the effort required to read it in the original Chinese, lacking that ability, his English-speaking readers will no doubt experience the next best thing with this skillful translation.