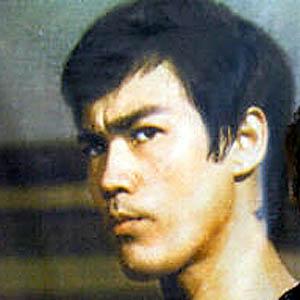 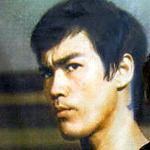 In 1959, a diminutive, bespectacled kid swapped the alleys of Hong Kong for the streets of San Francisco in search of fame and fortune in a cut-throat US movie industry conspicuously devoid of Asian stars. In just over a decade, Bruce Lee would alter the face of hard-hitting Kung Fu movies forever and in the process establish his place in martial arts folklore as "the greatest martial artist of all-time" in the eyes of his loyal devotees worldwide.

When Lee died suddenly at the age of 32 on July 20, 1973, in his Hong Kong home with only his mistress Betty Ting present, the world united to mourn the passing of Kung Fu's first international superstar. And on the 30th anniversary of his death Sunday, his legend lives on and his popularity remains undiminished with fans still eager to snap up his movies and memorabilia and millions still left awestruck by his trademark high-kicks.

His pioneering success opened the door to Hollywood fame for other Asian stars, including Jackie Chan and, more recently Jet Li and Michelle Yeoh, but his fans are adamant that Lee remains the undisputed Kung Fu master. "Bruce Lee was the original and the best -- the greatest martial artist of all-time. Nobody else comes close," said 26-year-old Jeffrey Lai as he watched "Game of Death" at a Bruce Lee exhibition. The film, in which Lee faced off against, among others, former Los Angeles Laker's basketball star Kareem Abdul-Jabbar, had to be finished by a screen double after he died before production was complete.

Lai was among other devoted fans perplexed by the failure of Hong Kong authorities to build a permanent memorial to honour the man who gave the city's film industry international recognition. China opened a museum in March 2002 dedicated to Lee in his ancestral hometown in Shunde in the southern province of Guangdong, where his father and grandfather were born, despite the fact that Lee only visited the town once when he was five years old.

Lewis Luk Tei, a spokesman from the Bruce Lee Union, said: "Hong Kong authorities should take heed from Guangdong. The plan (to erect a memorial) should not be dragged out any longer."

"It's criminal," said another fan, Kwok Chi-wai, 55. "Bruce Lee made Hong Kong films famous. Even 30 years after his death, he is still Hong Kong's most famous actor. He had style and he knew how to make martial arts attractive for mass audiences. "There would be thousands of fans who would flock to Hong Kong to mark his anniversary if there were a memorial, a shrine or something. A waxwork dummy in Madame Tussaud's just doesn't do him justice. It's an insult," he added.

The exhibition is the only public gathering in Hong Kong planned to celebrate the life of Lee, the founder of the martial art Jeet Kune Do -- the way of the intercepting fist -- which features a mixture of styles, including wushu and Tae Kwon Do.

Lee was born in San Francisco on November 27, 1940 and arrived in Hong Kong in 1941. Legend has it Lee turned to martial arts in 1953 after he was on the receiving end of a hiding in a street fight. He was a child film star by the age of six but decided to seek fame abroad and left for his city of birth in 1959. His first break in the United States came when he was cast as Kato in the popular 1960s television series, The Green Hornet. However, his hopes that the role would lead to bigger film parts did not materialise and Lee again returned to Hong Kong to make several films, including "Big Boss" and "Fist of Fury" which turned him into a huge star in Asia and later Europe.

His patience finally paid off in 1973 when he starred in his most celebrated film, "Enter the Dragon," which was the first martial arts film to receive backing by a large Hollywood studio -- Warner Brothers.

Lee tragically never saw his most famous film debut in the United States. He collapsed and died from an edema -- a swelling of the brain -- two months before it was first screened. His death left fans worldwide pondering how a man so young and supremely fit could just die.

After listening to 30 years of rumours, Lee's mistress -- Taiwanese actress Betty Ting who was with him the night he died -- said she was ready to clear up the mystery in a planned autobiography. "I'm determined to let the world know my story ... I don't want others to write fake stories about me anymore," she told the South China Morning Post.