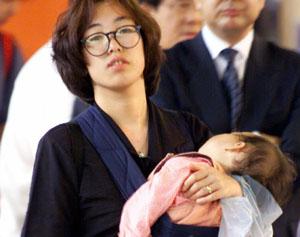 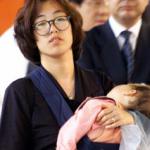 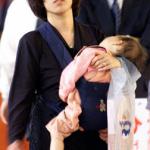 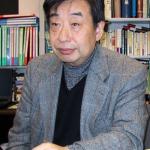 Barely a month goes by without some report or expert on demographics lamenting the ageing of Japan's population and the decline in the birthrate, but this trend seems irreversible in a country where women lose more than they gain by raising a child, experts say.

Last year, 1,156,000 babies were born in Japan, 15,000 fewer than in 2001, when the fertility rate per woman fell to a record low of 1.33 according to official figures. Given the current birthrate, Japan's population will decline from a peak of 127.8 million in 2006 to 105 million in 2050, and will decrease by half by the beginning of the next century, according to a health ministry study published last year. The government is acutely aware of the population crisis, and has already acted to improve daycare facilities for babies and young children of working mothers. By the end of June it is set to adopt a law on paternity leave, which includes an obligation on companies employing more than 300 people to grant it, to ensure that the number of men taking time off in place of their wife eventually rises from 0.5 percent at present to 10 percent.

"That would be great if it worked, but it won't. You can ask a Japanese man to work three times as hard to save his company, but not to take time off to look after his children," Satoru Saito, a psychiatrist and director of the Institute for Family Functioning in Tokyo, told AFP in an interview. Family roles remain "split along traditional lines with the mothers at home doing the housework on one side and the men as breadwinners on the other," said Saito, pointing out that most women give up work after marriage or after their first child is born.

This reliance on the salary of the male which is almost always more than what females earn, complicates the issue of parental leave, said J. Sean Curtin, a professor at the Japanese Red Cross University in Tokyo, at a recent conference. This classic family set-up appeals to fewer and fewer young Japanese women who now have higher educational qualifications and live a pampered life at home with their parents until well into their 20s, or even 30s, often spared from doing household chores.

"Why are there fewer and fewer children being born? Because women are losing more than they are getting by having children," said Rieko Suzuki, research director of the consumer culture department at the Dentsu Institute for Human Studies, affiliated to Japan's largest advertising agency. "They lose their freedom, their freetime and their money". Suzuki said studies showed that to raise and support a child until college graduation costs 20 million to 30 million yen (172,000 dollars - 257,500 dollars). "It is all but suicidal for a woman to aspire to both a career and child-rearing," she added.

Being a mother is often a real burden since the husband -- when not sent to work hundreds of kilometres (miles) away from home -- only puts in an average of 27 minutes a week towards household tasks, mainly due to his long working hours, official studies show. Cooped up with their children with little or no respite, the mothers offload all their frustrations and ambitions on them, said sociologist Muriel Jolivet, author of "Japan: the childless society."

"The Japanese come bottom of the global rankings in terms of the pleasure experienced in raising their children," she said. There is little outside help, especially for single mothers, Saito said, pointing out that only three percent of children are born outside marriage, and that "one in five women has an abortion, often at the 21st week, which implies that if they had the support in bringing up a child, they would keep it."

Seeing marriage as fraught with risk, young people are increasingly putting off the age at which they get married. It is now 27 on average for women, whereas up until the mid-1990s, virtually all women were expected to marry by the age of 25. And those couples that do marry are increasingly inclined not to have children.

"The couples called DINKS -- double income, no kids -- feel happier than couples with children," said Suzuki. "Before, children were seen as a bond between a couple. Now they are a trouble for a Japanese couple. "The first crisis between the couple is usually related to the children's education, which school they should go to...Plus sometimes the men feel lonely because the wife's interest is focused on child and not on them," Suzuki said.

The number of full-time housewives has fallen from 37.1 percent in 1980 to 26.5 percent in 2000 according to official figures, although the decline is also explained by the number of women returning to work to help with the family finances once their children go to school. Suzuki said new legislation would change the prevailing perception that male workers have been the single most important engine of growth since the end of World War II. But she also thinks the government is not fulfilling its responsibilities and is not pursuing a policy to promote a higher birthrate.

Over the last five years, the government's position has been to continue to say "it is up to citizens whether to have a baby or not. I agree but it pushes too much responsibility on people and more recently on the business side," Suzuki said. "The government should say that because of these reasons (pensions, public debt repayment) we need babies and tell people that if they have a baby, the government will support education and child care".