From Earth To Hell To A Slice of Heaven 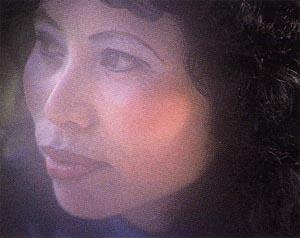 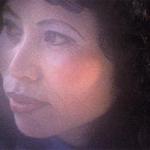 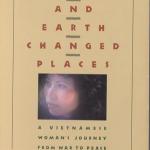 When I first saw Oliver Stone's film Heaven & Earth, I thought: Well, it's about time somebody made a film about the Vietnam War in which a Vietnamese is the principal character. Stone's politics have become increasingly loopy over the years (he made the notorious claim that the events of 11 September constituted an act of revolt against the New World Order), but at least he realized that his earlier film Platoon was inadequate. And Heaven & Earth was based on a true story: Le Ly Hayslip's When Heaven and Earth Changed Places, which is every bit as grim and eye-opening as the film.

The book is Le Ly's memoir of her transformation from a Central Vietnam peasant girl into a Viet Cong heroine, unwed mother, merchant, prostitute, U.S. citizen, and much in between. She suffers from nearly every possible humiliation. She is raped and tortured by Republican (that is, South Vietnamese) soldiers; scolded and ostracized by her family; courted and then dumped by American men; arrested for selling dope. And her only escape from this merciless life is to marry an American old enough to be her father, which she reluctantly does. Roughly half of the book is an account of her 1986 return to Vietnam, where some people view her as a traitor, a "running dog" of capitalism. But her mother eventually accepts that Le Ly made the right decision by leaving.

When I began the book I was not certain of its ties to the film, but the film (with a few exceptions) is so faithful to the book that the realization was not long in coming. Certain scenes stand out: when Le Ly fearlessly watches a daunting American helicopter hover over her village; when a well-intentioned but crude American offers her several times her annual salary to have sex with two GIs about to return home; when Republican soldiers tie her to a pole surrounded by anthills and then paint her body with a sugary fluid; when, walking feverishly through a busy street, she waves cartons of cigarettes around and pitches her wares in broken English.

Notably missing from the book, and possibly invented, are the details of Le Ly's transition to America, which make for some of the film's most comic and tragic scenes. The first people she meets are breathtakingly fat, ignorant chatterboxes, while her new husband proves to be the stereotypical shellshock case, who at one point shoves a gun barrel into his mouth. But I suppose Stone had to find some way to express to American audiences what Le Ly herself can seldom express to people in Vietnam, because Vietnam was such a shambles in 1986. In part this was because of its ruinous occupation of Cambodia (which one of Le Ly's friends calls "Vietnam's Vietnam"), but also because of what an Indian friend of mine indelibly described to me as "socialist stupidity".

One of the book's most striking lessons is how little the average Vietnamese cared who won the war; all they wanted was independence, peace, rice. The Viet Cong simply appeared to be the most likely to provide these things. But as a result, the villagers found themselves trapped in cycles of retribution, in which soldiers from each side would punish them for the smallest acts of apparent treachery. Le Ly grows closer to the Americans because they seem to be less corrupt and cruel than her countrymen. Particularly appalling is how often Vietnamese men sexually harass her; on the one occasion that an American does so she summons MPs and the offender is summarily arrested. She calls Americans "barbarian-saints" to explain their bizarre combination of vulgarity and magnanimity: a nice coinage.

And when she returns to Vietnam, she discovers that most Vietnamese are not angry at America but fascinated by it. In part this is because the Vietnamese are exceptionally forgiving, exemplified by Le Ly as well as by Kim Phuc, the "girl in the picture" depicting the aftermath of a "friendly" napalm attack. Like a number of American veterans, both women have sought ways to bridge the chasm between the two countries and to help create what seems (let's face it) rather unlikely: world peace. The book includes a list of foundations in some way dedicated to this end, one of them - the East meets West Foundation - established by Le Ly herself, who became involved in that staple of immigrant success in America, the restaurant business.

The book is not simply an account of the war; it is also a snapshot of Vietnamese culture and how the war was influenced by it. Perhaps the most interesting respect in which this occurred was the vital role played by singing, as a vehicle for propaganda but also as a form of consolation. Le Ly also explains that the Vietnamese considered the French (and by extension, the Americans) to be demons not simply because they behaved so badly but because they actually resembled the demons in Vietnamese folktales. For them much of Western technology could be described as xa hoi van minh, which Le Ly translates as "bewildering machines"; when she sees the helicopter, she compares it to a dragonfly. As for western concepts like democracy and communism, she says more or less what Thomas Fowler of The Quiet American said: it's ludicrous to believe that the average Vietnamese had the time to distinguish them. She also explains a couple of probably traditional ways in which the Vietnamese communicated secret information: they used hat signals, color-coded shirts, and men who would pretend to be drunk and shout seemingly meaningless messages in code. The Republicans no doubt could see through some of these ruses, but probably not the Americans. The Viet Cong even used bar girls (or "tea girls") as spies.

The book is also an account of how the war in turn affected Vietnamese culture. Le Ly finds that her countrymen have become more grasping and irritable, less respectful of traditions and particularly of family obligations. In a country where family is virtually everything, families were scattered and decimated. And of course there were cases in which family members fought on opposite sides. (Even Le Ly's family barely escapes this cruel fate.)

The American presence altered the shape of Vietnam in both good and bad ways; it left bomb craters, scorned Amerasian children, and carcinogens, but it also left bridges and airstrips and so much metal that, as Le Ly notes, the government was able to build war monuments out of it. For many Vietnamese the American withdrawal meant peace, but it also meant stagnation, a sudden isolation from the hope inherent in American society.

Le Ly records an interesting conversation between herself and a Vietnamese communist, and it explains why despite the famed industriousness of the Vietnamese (at least compared to that of the Laotians and the Cambodians), the country has not developed as much as it could have. Of course the communist is quick to blame the war, but Le Ly argues, as any U.S. citizen probably would, that the real problem is the authoritarianism of Vietnam's government, that the Vietnamese could progress if only they were allowed to do so. As in Burma and many other former colonies, the freedom from foreign tyranny led only to domestic tyranny in Vietnam.

Le Ly may be making the same mistake as the Americans before her, in overestimating the importance Vietnamese attach to individual liberty, or wealth. And the Hanoi regime must be credited with some successes: Vietnamese math students, to name one, are among the best in the world. But it's hard not to wonder how long countries like Vietnam can persist in the charade that Marxism just needs to be tweaked now and again to remain relevant, or that there's any benefit in throwing its dissidents in jail or banning their books. (Interestingly, my copy of Le Ly's books seems to be a knock-off...from Vietnam, perhaps?)

Asked by a Vietnamese woman to describe life in America, Le Ly writes that it "does not seem appropriate to point out that many Americans spend more money than she makes in a year simply to lose the weight they gained by eating food they didn't want." No, perhaps not. But the statement is indicative of Le Ly's willingness to be just as honest about America as about Vietnam. And she is no less honest about herself: it takes a great deal of courage to write about experiences so painful and potentially embarrassing, and then to have them splashed onto cinema screens all over the world. But perhaps it's simply a matter of cosmic justice that someone who suffered so much should ultimately be rewarded.

Too bad that cosmic justice has not done more for Vietnam itself. Le Ly's father killed himself by drinking acid (after one failed attempt using rat poison); a brother was killed in the war; a brother-in-law had his spirit broken in a re-education camp; a rich lover had his firm nationalized; and her mother became the ghost of her former self. The country was punished for its invasion of Cambodia, which morally speaking could be compared to the Allied invasion of Nazi Germany. And as of 1986, Le Ly reports that "Saigon has gone from a bejeweled, jaded dowager to a shabby, grasping bag lady in less than a decade." But the author of this excellent metaphor may herself be cause for hope, insofar as she represents the ambitions of all Vietnamese. They've seen heaven and earth change places. They've seen hell. Perhaps now they could use a bit of heaven on earth.

Review of When Heaven and Earth Changed Places: A Vietnamese Woman's Journey from War to Peace, by Le Ly Hayslip with Jay Wurts, Plume, 1990.