The Exotic Cuisine Of Yemen - The Ancient Happy Arabia 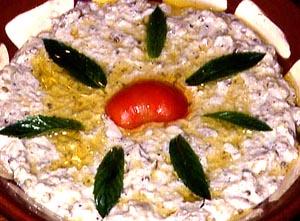 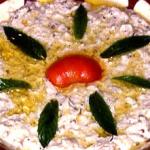 "I've been invited to an authentic Yemeni feast!" Excitement gripped me as I told my friend in Sana'a, Yemen's capital, that at last I was going to sample that country's cuisine at its best. My appetite had been whetted a long time before when I had read that Ibn Rusta, an Arab traveller who visited Sana'a in the 10th century, had written in his Book of Useful Notes that the city was unrivalled in its many tasty foods. At last, I was to test his culinary observation.

A former Yemeni Consul in Detroit, a city which has a large Yemeni community, had invited us for a magnificent meal his family had prepared for business colleagues and friends. Knowing that my brother and I were visiting Sana'a with a group of American Yemeni immigrants, he had included us with his other guests. His hospitality, typically Arab, is very common in the Yemen of our times. It is said that in the remote districts of the country, a Yemeni farmer or tribesman will shoot over the heads of travellers if they pass without stopping to sample his hospitality.

A cover had been spread on the carpeted floor, with cushions all around. Plates and bowls of attractively laid-out foods covered every inch of space. Now I thought of Ibn Rusta's words as our host and about 50 guests, including a number of visiting foreign women - Yemeni women do not usually dine with strangers - sat down on the floor around the steaming dishes. With us were high government and company officials who, along with peasants and workers, continue to eat in the ways of their ancestors. Yemenis, even rich merchants and the highly educated have not followed the western trend. They continue to sit on the floor and eat by hand.

Silently we dipped our right hand, which we had washed in an adjoining room, into the savory foods. The mouth-watering aroma floating around us fitted well into the atmosphere as we feasted on the foods of this ancient land from whence hailed the Queen of Sheba. To us North Americans, it seemed that we were living in one of the stories found in the Arabian Nights.

The origin of Yemeni cuisine goes back to the ancient civilizations of Awsan, Hadramout, Ma'in and Qataban and the two important powers in the ancient world: Saba and Himyar. Controlling the rich trade in frankincense, myrrh and the spices brought from India and beyond, then sold to the kingdoms of the North, these south Arabian countries prospered. Through the years, a number of the priceless condiments in which these South Arabians traded entered their culinary art and they developed a tasty cuisine.

Cardamom, caraway, coriander, cumin, fenugreek, saffron, turmeric and, after the discovery of the Americas, fiery chillies became the favoured flavourings. Yemenis love hot spicy foods prepared with these seasonings, garlic and a good number of herbs, especially fresh coriander and mint leaves. Fenugreek is the most commonly used of the spices, forming the basis of an everyday paste-sauce called hulbah. It goes well with zhug - a similar food enhancer. These are found with all meals and added to almost every non-sweet dish.

Yemenis have always been great meat consumers. However, during the many centuries when the Imam rulers kept the country in a medieval state and most of the people were poor, meat, along with eggs and milk, were the food of the upper classes. Today, all this has changed. Due to the discovery of oil and the many peasants emigrating, then returning with money, these foods have become common through most strata of society.

Chicken, beef and lamb, the most favoured meat, are grilled or boiled. Nothing is wasted. Water from the boiled meat and stock made from boiling the bones is used in the preparation of soups or spiced and served as a watery broth. For those who can afford it, meat is always on the daily menu.

On the other hand, even without meat, the simple diet of the poorer classes is nourishing and healthy. Burghul, leafy greens, dried beans, lentils, rice, eggplants, okra, tomatoes, and sorghum, along with a number of other cereals, form the bulk of the ingredients in the daily meals - always accompanied by bread, served hot out of the oven. Very little fat is employed in cooking. Hence, the country has a good record when it comes to heart ailments.

Along the country's long coastline, fish is often on the menu. Also, honey, believed to increase sexual powers, has, since time immemorial, been popular among both rich and poor alike. For sourness, lemon is always utilized - never vinegar. Coffee, from the Arabic qahwah, is served to end the meal. Strange as it may seem, in the land where coffee was first drunk, it is not brewed from the beans but from the husks and served strong and very sweet with ginger.

To appreciate the cuisine of Sheba's land, one must dine in a Yemeni home. Tearing succulent pieces of meat by hand, then washing it down with warm bread, dipped in one of the sauces, was for me an exotic way of enjoying the foods of that ancient part of the world. Nonetheless, an armchair traveller need not feel neglected. These few dishes will give an insight into the culinary delight of a country which the Romans called 'Happy Arabia'.