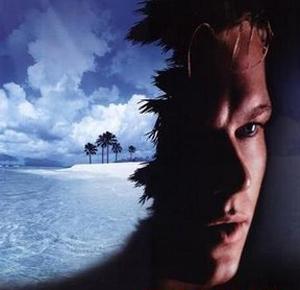 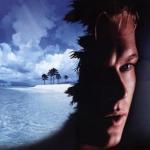 Based on the Alex Garland novel, a voice-over narration segues into the cinematic rendition of The Beach:

"My name is Richard. So what else do you need to know? Stuff about my family, or where I'm from? None of that matters. Not once you cross the ocean and cut yourself loose, looking for something more beautiful, something more exciting and yes, I admit, something more dangerous. So after eighteen hours in the back of an airplane, three dumb movies, two plastic meals, six beers and absolutely no sleep, I finally touch down; in Bangkok."

Upon checking into a seedy hotel, Richard meets three characters: Francoise and Etienne, a sexy young couple in the next room; and Daffy, an aptly named madman. And in the hours just before Daffy is found in dead in his room, he describes a secret island and even gives Richard a detailed map to find it.

Feeling the need to distance himself from the grisly tragedy, Richard sets out to find Daffy's island paradise, with Francoise and Etienne along for the ride. The trip requires a lengthy boat ride, and an overnight stay on the mainland beach, where Richard shares his secret map with a group of fellow-expats in the next hut.

For the final leg of the journey, Richard and his companions must swim the narrow channel between the mainland and the island. Upon reaching the shore they discover a vast crop of marijuana, patrolled by guards with attack dogs and automatic weapons. But they'd come this far and weren't about to give up on their quest to find Daffy's tropical utopia.

And find it they do. To their relief, they are welcomed into the commune, despite an agreement with the local ganja farmers that their presence would remain strictly secret and that no more outsiders would be allowed to trespass on their turf.

Life on this island xanadu is idyllic at first, with their days spent fishing and frolicking on the beach, and evenings over leisurely dinners in the common room with Sal, the commune matriarch, holding court with her swaggering lover at her side. But the dynamic shifts when Richard develops romantic feelings for Francoise, and engages in a sexual tryst with Sal while on a supply run to the mainland. What Richard doesn't count on is running into the same raucous group of expats who are privy to the whereabouts of the secret island.

Although compelling, with plenty of eye appeal and a cast to match, The Beach is one of those movies that promises more than it delivers. The premise and rising action set forth in Act I are well crafted and enticing enough, but once on the island, life within the utopian society falls significantly short of its whispered allure; and the plot goes completely off the rails when Richard takes to the jungle in Act III. Nevertheless, the film is not without its merits, especially with regard to cinematography and production design. That being said, watch it with a jaundiced eye and enjoy it for what its worth.

The Beach is available on Amazon