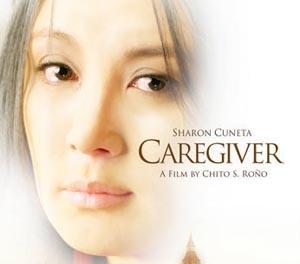 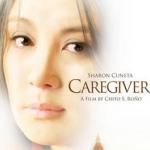 Life in the Philippines holds little promise of a bright future for Sarah and Teddy Gonzales. Seeking greener pastures, Teddy heads for London to find work as a nurse in the health care industry, leaving Sarah and their son Paolo behind. Sarah continues her work as an elementary school teacher and has even been offered a promotion to head up the English department. But when Teddy finally calls to invite her to join him in London, she leaves not only her job but her young son behind.

Upon her arrival in London, she discovers that Teddy is living beyond their means in a large, fashionable apartment furnished with expensive electronics. To help Teddy and Sarah make ends meet, Teddy's co-worker Joseph has arranged an interview for Sarah at the elderly care facility where his wife Julia works as a caregiver. Sarah's fluent English is a strong qualification for the job and she is hired on the spot.

Although Sarah is demoralized by the menial and sometimes repulsive tasks required by her work as a caregiver, she is dedicated to her job and to the well-being of her patients. Before long, she is promoted to a higher-paying position in an exclusive wing of the care facility where the more affluent patients reside. There, she is assigned to the care of Mr. Morgan, a frail but cantankerous publishing tycoon. When Sarah defends herself against his abusive outbursts, she gains his respect and the two become friends.

On the home front however, her husband Teddy has failed his qualifying exam for the third time, and Sarah discovers that he has been working not as a nurse, but as an assistant, fetching lab results, mopping floors, and emptying garbage. As Sarah's health care career begins to take flight, Teddy's morale deteriorates into drinking binges and bouts of depression. And when Teddy decides to throw in the towel, Sarah is faced once again with the dilemma of walking away from the life she has built for herself, or stepping onto her own path to follow her dreams.

Directed by Chito S. Roño, and based on a story by Jewel C. Castro and Chris Martinez, Caregiver is a heartfelt yet even-handed portrayal of ordinary people facing everyday choices and problems. Well-educated, highly-qualified people who cannot earn a living in their homelands and must seek employment abroad. The best of this film's many attributes is the time it devotes to establishing its characters and showing the impact their choices have not only upon their careers, but also on their relationships with family and friends. This extra attention to detail gives the film its depth and creates sympathetic characters that transcend stereotypes and clichés.

With the growing need for caregivers for the elderly, and those roles being increasingly filled by immigrant workers, Caregiver illuminates a worldwide trend in health care. Although fictional, it puts a very real face on the lives of those workers, and on the sacrifices they endure both for their own welfare and for the well-being of their patients. It's a small film with a very big and very relevant message.

Caregiver is available from Amazon