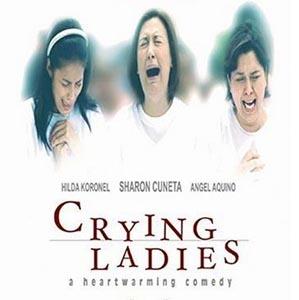 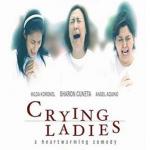 Washington Chua is dead, of cardiac arrest in his sleep, and his son Wilson (Eric Quizon) suddenly finds himself in charge of planning a traditional Chinese funeral for his father, complete with professional wailers to help ease his passage into the afterlife. According to traditional beliefs, if the deceased has many mourners openly expressing their grief at the funeral, then it is assumed that the deceased must have been a worthy person and will be welcomed into a heavenly afterlife. Unfortunately in the city of Manila, the number of Chinese families in need of professional funeral criers is dwindling, and there are few if any left. Nonetheless, Wilson Chua is determined to provide his father with a top-notch send off, and he seeks until he finds Stella Mate (Sharon Cuneta), the last of her kind.

Stella is a woman of questionable morals and integrity, and has just been released from a year-long prison sentence, during which she lost custody of her son Bong to her ex-husband Guido and his new wife Cecille. But at a "Recognition Day" ceremony, in which Bong received a medal for academic achievement, Guido agrees to allow Stella to have Bong for three weeks, until time for the family to transfer to the remote city of Cagayan de Oro for Cecille's job.

Early on, it is revealed that Stella had been sent to prison for "estafa", which is Spanish for fraud or swindling, and it isn't long before she's up to her old tricks again. Not a day goes by that she doesn't swindle the bus driver for her fare, and in one scene, also on the city bus, she poses as a labor union protester collecting donations, which go right into her own pocket. She does, however, work for an honest wage at a shop that sells Chinese funeral accessories, which is where Wilson Chua first meets her. And although Stella isn't technically a professional crier, her mother once was, so Stella knows the trade, and Wilson engages her services at 500 pesos a day for a five-day service. Wilson also asks Stella to recruit the services of two more criers. So Stella goes in search of her two best friends, Choleng, and Ailing.

Choleng is a beautiful young single woman who is having an affair with her friend Myra's husband Ipe. And each week, she goes to church to confess the same sins. As her penance, the priest who hears her confessions has assigned her to perform an act of charity. Ailing Doray (Hilda Koronel), aka Rhoda Rivera, is a has-been film star whose only claim to fame was her appearance in a horror film called Darna and the Giants, in which she played a bit part as a fleeing villager who is trampled by a menacing giant. Yet, so memorable was her performance that total strangers still recognize her years later.

On the first day of mourning at the Paz Hope Funeral Chapel, the three crying ladies, dressed in plain white dresses and heavy make-up, arrive to perform their services. In the process, they learn that the deceased had led a rather complicated life, in which he was estranged from his son Wilson, and he carried on affairs with a number of women, with whom he fathered many illegitimate children.

In the hours that Stella isn't wailing for money, she spends every precious moment with her son Bong, and even drags him along as she goes to an audition for a singing gig, to line up for a game show called Cash or Stash, and to the radio station to collect her 1,000 peso prize for correctly singing a jingle in a phone-in contest. Stella spoils Bong as best she can on her meager salary, and they spend their evenings at Stella's squalid apartment, singing along with her karaoke machine.

By the time the day of the burial finally arrives, after a four-day wake, the characters and their complicated relationships have been fully disclosed, setting the scene for a poignant climax. And when Guido arrives to take Bong away from Stella, the moment defies any mother to hold back her tears. Nonetheless, Crying Ladies is a comedy, and true to form, all's well that ends well when the outcome of the characters' lives are revealed in its uplifting epilogue.

Released in 2003, Crying Ladies was Mark Meily's first feature-length film, and its light treatment is a refreshing approach to a dark subject. And although death and the funeral ceremony are never trivialized, the plot and dialogue are sprinkled throughout with bits of wry humor, especially in the continual allusions to "Darna and the Giants," a 1974 B-grade horror movie in which Hilda Koronel, the actress who plays Ailing Doray, actually appeared. The best thing about Crying Ladies is that it never pretends to be more than it is: a poignant story of four families doing their best to heal a lifetime of pain. Crying Ladies is a sweet film with a message of forgiveness and hope, and what it may lack in profundity, it more than makes up for in heart.