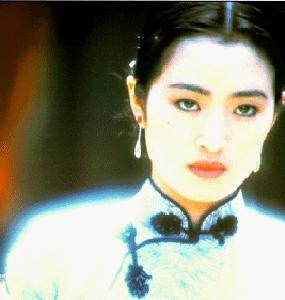 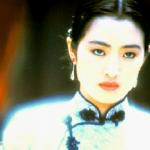 The turmoil of Cultural Revolution is mirrored in the lives of Douzi and Shitou, two Chinese opera stars who meet as boys in a Beijing opera school run by a cruel and tyrannical headmaster. The film opens on a reunion performance of the Chinese opera, Farewell My Concubine, It has been twenty-two years since the two have performed together, and eleven years since they've seen each other. When asked by the theater manager "Is this due to the Gang of Four and the Cultural Revolution?" Shitou replies, "Isn't everything?"

Born the son of a prostitute, and cursed with an extra finger on his left hand, Douzi is apprenticed to the opera school at age eleven by his mother. There he meets Shitou, an older boy who takes him under his wing. Between daily beatings and berating by the headmaster, the boys are training to perform Farewell My Concubine, with Shitou playing the King of Chu, and Douzi as The Concubine Yu.

As the legend goes, The kings of the Chu and Han provinces were at war. The King of Chu was an invincible hero who was outwitted at Gaixia when the war song of the Han army echoed out from a great distance over the battle grounds, causing the King of Chu to think that his lands had already been conquered. When his troops fled, the King of Chu was left with only his horse and his concubine. His horse remained steadfast at his side, while his concubine poured a final glass of wine for her king and then commited suicide with his sword.

As adults, Douzi and Shitou achieve operatic renown rivaling that of rock stars, with their most popular performance being Farewell My Concubine. Douzi's elegant and ultra-feminine portrayal of Concubine Yu wins him many admirers, including Master Yuan, an opera expert and wealthy patron of the arts. And while Douzi is being romanced by Master Yuan, Shitou unwittingly gets himself engaged to Juxian, a prostitute, when he rescues her from a rowdy band of lotharios at the House of Blossoms.

Shitou's relationship and eventual marriage to Juxian causes a rift in his friendship with Douzi that traverses decades. While the Japanese invade China and the world goes to war, Shitou and Douzi struggle to maintain their status as cultural icons. Hard times befall Shitou, however, Douzi's relationship with Master Yuan comes with a certain measure of luxury and privilege. But even his connections in high places cannot save him, and all is eventually lost when the People's Liberation Army invades Beijing and strips them of all status in a display of public humiliation. A tragic loss for two old friends...and for China.

Written by Lillian Lee and directed by Kaige Chen, Farewell My Concubine is a richly embroidered tapestry of Chinese history and culture that provides a context for a poignant triad in which the shifting interplay of psychodynamcis between the characters is the source of both pain and salvation. With the stage lavishly set by the art direction of Huaikai Chen, the cinematography of Changwei Gu, the costume design of Chen Changmin, the make-up artistry of Fan Qingshan and Guan Rui Xu, and a musical score by Jiping Zhao, performances by Leslie Cheung, Fengyi Zhang and Li Gong are at once both subtle and stellar. Farewell My Concubine is one hundred and seventy-one minutes of cinematic genius.