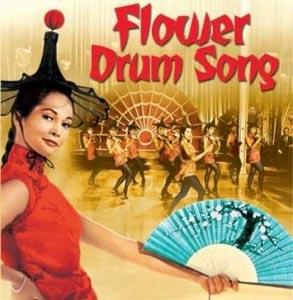 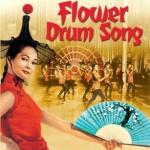 San Francisco's Chinatown is the setting for this Rodgers and Hammerstein Broadway classic, in which Mei Li, a young Chinese woman, and her father Professor Li, stow away aboard a cargo ship bound for San Francisco to fulfill an arranged marriage contract with nightclub owner Sammy Fong. But once they arrive, nothing is as they expected.

Mei's prospective bridegroom only has eyes for Linda Low, his star showgirl, who has her sights set on Wang Ta, a handsome playboy. And things really get complicated when Ta's aunt, Madam Liang, introduces Mei to Ta's father as a prospective bride for his son. But like a Chinese Midsummer Night's Dream, it all works out in the end.

Based upon the novel of the same name by C. Y. Lee, the film is directed by Henry Koster, and stars Miyoshi Umeki, Nancy Kwan, Jack Soo, James Shigeta, Benson Fong, Juanita Hall, Reiko Sato, and Kam Tong. Miyoshi Umeki, Jack Soo and Juanita Hall all starred in the original Broadway play, which was directed by Gene Kelley, and was the first American stage production to feature an all-Asian cast. The film was nominated for numerous awards, including five Oscars, a Golden Globe, and a Grammy, but there no wins.

Flower Drum Song is a light and lively musical, with all the classic elements: a plot that moves along at a brisk pace, a winning sound track, exotic sets, and a nostalgic glimpse into 1960's San Francisco. A fun choice for an evening's entertainment.