Film Review: How to Cook Your Life 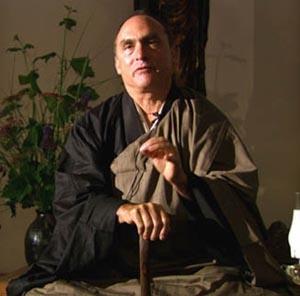 Edward Espe Brown in How to Cook Your Life 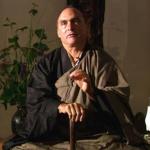 With food as both context and metaphor, documentary filmmaker Doris Dorrie focuses her lens on Zen master Edward Espe Brown, former student of the esteemed Shunryu Suzuki Roshi, former chef at the San Francisco Zen Center's Tassajara retreat, and author of the Tassajara Bread Book, Tassajara Cooking, and the Tassajara Recipe Book, as well as several texts on Zen Buddhism. Known also as Jusan Kainei (Longevity Mountain, Peaceful Sea), the Dharma name given to him by Suzuki Roshi, Brown sets the mood with understated humor and disarming humility, as he examines the fundamentals of moment-to-moment living.

Throughout the course of each day, busy, distracted minds tend to wander from the task at hand, sometimes to unforeseen, irrelevant, and unwanted places. Old anger can surface unexpectedly, and the need to control the elements of one's life can cause discord. The secret, Brown says, is staying present in the moment. Calling upon the wisdom of Suzuki Roshi, he says: "When you wash the rice, wash the rice. When you cut the carrots, cut the carrots. When you stir the soup, stir the soup."

Although simple in theory, staying in the moment can be a challenge. Constant awareness is key. Drawing from the words of Tenkei Roshi, he says: "See with your eyes. Smell with your nose. Taste with your tongue. Nothing in the universe is hidden." Later in the film, Brown encourages the practice of walking meditation as a means of staying in the moment. Be aware of the process of simply walking, without regard to pace or destination. "Lift. Step. Place."

Accepting life's unplesantries and imperfections is also an important element of finding peace within. To illustrate, Brown recalls one of Suzuki Roshi's early anecdotes in which he was obliged by his own master to eat some rather distasteful pickles. "Sometimes life is distasteful," he says. "Just chew, and swallow." No preferences, no aversions. And in one of the film's most poignant moments, one in which Brown is reduced to tears, he recalls a personal satori inspired by a simple teapot, pocked and tarnished, standing ready to serve.

While much of the film is devoted to higher philosophical concepts, due diligence is also given to food itself: From the chanting of the Tenzo Kyokun sutra, which enumerates the daily duties of the kitchen staff in the preparation of food, to the examination of the quality of our food supply and the issue of waste and excess brought about by social affluence. The Tassajara way regards food as precious and sacred, and avoids wasting even the smallest edible morsel. "Treat food as if it were your eyesight. Don't waste even a single grain of rice."

How to Cook Your Life is an elegant recipe for mindful living, an extraordinary fusion that integrates the Tassajara food philosophy and the way of Zen. Watch it with an open mind and a willing heart, and it will change your life.

For further information, visit the How to Cook Your Life website. And for more information on Edward Espe Brown, visit his Peaceful Sea Sangha website.