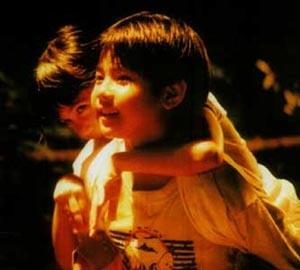 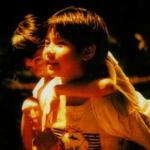 In a Philippine village outside the city of Luzon, one special boy changes the lives of everyone he meets. Known to all as Magnifico, his name is Pikoy, a child of an impoverished family. His father works odd jobs, his elder brother has lost his academic scholarship, and his mother spends her days caring for both Helen, a young daughter, who suffers from cerebral palsey, and for her husband's aging mother, who lives upstairs in the family home. Magnifico is a sweet and well-intentioned boy, who is often berated by his father for his stupidity, an unkind assessment for a child who is considerably more clever than anyone gives him credit for.

Magnifico's world is filled with a cast of characters in need of his special gifts, of hope, of determination, of love. There's the grief-stricken man who mourns for his mother; two feuding shop owners; the crabby old woman who runs the mortuary; his elder brother, who has a crush on a wealthy girl; his little sister, who wants to get out and experience the world, but cannot walk; and even his own ailing grandmother, who worries that the family won't be able to afford a proper burial for her when the time comes. That's a pretty tall order for just one boy.

Nonetheless, Magnifico applies himself diligently to the task, concocting a remedy for the mortician's ailments, playing matchmaker for his love struck brother, industriously scheming to provide a burial gown and coffin for his grandmother, and negotiating a wheelchair so he can take his invalid sister to the carnival. Seeking nothing for himself, with his undaunted dedication to bring joy to the people he loves, Magnifico somehow manages to find just the right solution to fill every need. And when the night of the big carnival arrives, his efforts pay off in spades.

Written by Michiko Yamamoto and directed by Maryo J. De los Reyes, Magnifico is an endearing portrait of altruism in its purest form. Jiro Manio  is 'magnifico' in the title role, surrounded by a well-cast constellation of supporting actors. Magnifico touches the hearts of all those he meets, and inspires a renewed belief in hope and the power of giving.

Magnifico is available on DVD at Netflix and Amazon.com.