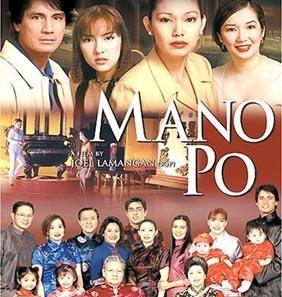 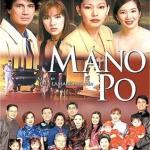 This family drama begins in 1949, when Luis Go returns from his adventures in the Philippines to his home in Fujian, China with Eliza, his Chinese-Filipino bride. But instead of welcoming her with open arms, his parents scold him for bringing a stranger into their home, a foreigner, another mouth to feed. After weeks of torment and disrespect at the hands of her new in-laws, Eliza defiantly declares that she is returning to the Philippines, and Luis loves her enough to follow.

Fast forward to the 80th birthday celebration of Don Luis Go who, over the years, has risen from the lowly rank of line cook to become a financial titan in the Philippine community as the founder of a food manufacturing conglomerate. With his son Daniel at the helm, and his granddaughter Vera as managing CEO, the family business is as prosperous as ever. His birthday celebration is a lavish affair, and everyone is having a grand time until Richelle, his youngest granddaughter, shows up in a tastelessly revealing gown and presents him with a gift of two pornographic videos. Way to make an entrance.

It soon becomes clear that Vera, the eldest of the three granddaughters, is and always has been the responsible one. With no male sibling, she was expected to step into role of Chief Executive of the Go Group of Companies at an early age, and has since ruled it with a iron-fisted attitude that has earned her the title of ‘Dragon Lady'. Her younger sister Richelle, on the other hand, has enjoyed the luxury of wealth with no expectations from her family, and consequently has gained a reputation as a party girl. Juliet, the third Go granddaughter, resides innocuously in the middle, living the life of a housewife with two young children and a tyrant for a husband.

All's well with the Go family living out their respective roles, until Richelle is arrested in a drug raid one evening, and to mitigate her punishment, she is asked to become a police informant to help ensnare the corrupt Police Commissioner, a close friend of her grandfather's. Of course, this places her yet again in disfavor with her family, but she feels an obligation to comply, and besides, she's falling for Raf, the handsome young detective in charge of the case.

With this as the main storyline, in such a large family, there are naturally many side plots. Vera is agonizing over whether to marry Emerson, Aunt Linda is searching for her lost love, Juliet gets involved in the rescue of a kidnapped child, and grandmother Eliza's health is in jeopardy. But it all reaches critical mass when time comes for Richelle to pay the price for her damning testimony against the Police Commisioner.

Directed by Joel Lamangan, Mano Po stars Maricel Soriano, Kris Aquino, Ara Mina, Eddie Garcia, Richard Gomez, Jay Manalo, Tirso Cruz III, Amy Austria, Gina Alajar, Boots Anson-Roa, and Eric Quizon. With dialogue in five languages, the screenplay was co-written by Roy C. Iglesias, who has penned more than fifty titles for film and television, and Lily Y. Monteverde, who is also an executive producer with more than 350 films to her credit. The title refers to the Filipino custom, a gesture of respect for one's elders in which the younger person takes the older person's right hand and touches it to his or her forehead while saying the blessing, "Mano Po." The film was nominated in eight categories in the FAMAS Awards with a win for Best Supporting Actress, and won Best Film in the Metro Manila Film Festival.

For all its wildly popular success in the Philippines, not to mention the four sequels that followed (and a rumored fifth in the works), Mano Po plays more like an old-school television mini-series than a cinematic epic. Acting is campy and melodramatic in places, the script uses detailed narrative explanations to move the plot along, cinematography is grainy and flat, and the responses to lessons learned are simplistic and saccharine.

Yet Mano Po does have its moments, and is not without cultural and historical value. Despite its obvious flaws, the film shines a spotlight on the Chinese element of the Filipino population, and the inherent prejudices therein. And the interpersonal dynamic between the characters has its merit. So watch it with a sense of humor, enjoy its ‘what-happens-next' plotline, appreciate it for cultural edification, and take from it what you will.