Film Review: Memoirs of a Geisha 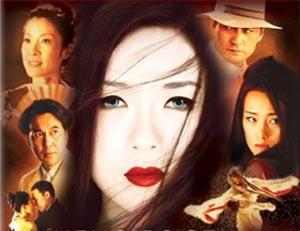 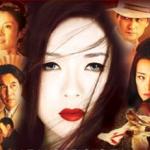 Based upon the critically acclaimed novel by Arthur Golden, this much-anticipated film tells the tale of Chiyo, a nine-year-old girl from an impoverished family whose father sells her and her sister into indentured servitude to a Kyoto geisha house in 1929, early in the reign of Emperor Hirohito. Life is unbearably hard for Chiyo at first, as she is separated from her beloved sister and harshly treated by the wicked geisha Hatsumomo. However, it soon becomes apparent to Hatsumomo's rival Mameha that Chiyo has the makings of a fine geisha herself, and with Mameha's mentorship, she begins her maiko training, a process that involves many years of practicing transcendent social skills and mastering the refined arts of music, poetry, dance and calligraphy.

Upon her rite of passage, Chiyo assumes the name Sayuri, and her debut as a geisha sparks not only a spirited bidding war for her virginity, but also rekindles the bitter rivalry of the now much older Hatsumoto. Sayuri's renown as a geisha of the highest caliber elevates her to legendary status and opens doors into the rarefied atmosphere of wealth, privilege and politics.

However, the floating world of the Gion geisha is eclipsed by the onset of World War II, and all would be lost if not for the intervention of The Chairman, a handsome and powerful man who once bought Sayuri a cherry ice in the marketplace. And in Japan's darkest hour, Sayuri is called upon to make the ultimate sacrifice.

Directed by Rob Marshall of Oscar-winning 'Chicago' fame, Memoirs of a Geisha, which also won Oscars for Art Direction, Cinematography, and Costume Design, was the subject of much controversy for the casting of Chinese actresses Ziyi Zhang and Li Gong in the starring roles, for conspicuous cultural and historical gaffs, and most notedly for Sayuri's scandalous dance scene. And although the film enjoyed box office success in the U.S. and international venues, it played to cool and skeptical audiences in Japan.

Memoirs of a Geisha deserves its accolades for music, cinematography, sets and wardrobe, however, script and character development in the second half of the film failed somewhat in their attempts to engage in any visceral way. And for all the controversy it stirred, Sayuri's 'dance' was practically a non-event. That being said, Memoirs of a Geisha is an epic film that has earned its esteemed place in the cinematic pantheon.

Memoirs of a Geisha is available on DVD at Amazon.com