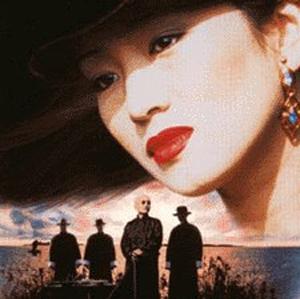 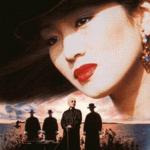 Beautiful and exotic leading lady Gong Li is the centerpiece of this underworld film noir as seen through the wide-eyed innocence of Shuisheng, a country bumpkin brought to Shanghai by his Uncle Liu to serve as a houseboy for Xiao Jingbao, a nightclub singer and mistress to Boss Tang, a major player in Shanghai's "triad." The film takes place over the course of a week, but what a week it is for young Shusheng.

On his first night in Shanghai, Shuisheng is met by his Uncle Liu, who explains his position in the Tang family organization and what's expected of him in his service to Jingbao. On the way to meet Boss Tang, however, Shusheng soon learns that life in the big city is a far cry from home when he accompanies his uncle to a warehouse, where an opium deal goes terribly wrong and a member of a rival gang is killed by Song, Boss Tang's right-hand man.

The following evening, Shuisheng meets Jingbao for the first time as she stars in a lavish musical revue at a cabaret that Boss Tang runs solely as a showcase for her dubious singing talents. Later that evening, Uncle Liu takes Shuisheng to Jingbao's posh estate, also provided by Boss Tang, where he settles into his tiny living quarters tucked away under a grand staircase leading up to Jingbao's boudoir. Uncle Liu explains to Shuisheng that he is to stand with his head bowed outside her door, ready to serve her every whim.

From his post, Shiusheng sees all. He observes Jingbao's petulant protests as Boss Tang heads out for an all-night mahjong game with his rival Fat Yu. He also learns that Boss Tang is not her only lover when Song comes to call. And once he has had his way with her, leaving her unsatisfied, Shuisheng witnesses the gut-wrenching tantrum that leaves Jingbao's bedroom in ruins.

Shuisheng has only been in Shanghai for three days when Fat Yu's gang descends upon the Tang household in a knife-wielding bloodbath that leaves Uncle Liu dead and Boss Tang badly injured. That same evening, Shuisheng and Jingbao are roused from their sleep in the middle of the night to flee Shanghai for a remote island, where they are welcomed by the widow Chihua and her daughter Agiao. As Boss Tang recuperates from his wounds, Jingbao shares a bond with Shuisheng and Agiao as she reconnects with her country childhood. But even this idyllic island is no safe haven from the treachery of Boss Tang's dark world.

Based on the novel Gang Law by Li Xiao, Zhang Yimou brings its pages to life in this sepia-toned classic. Though not considered his best work, Shanghai Triad received accolades for cinematography at international film festivals worldwide, and nominations for both a Golden Globe and an Academy Award. Li Gong is luminescent as the pouty yet profound showgirl who longs for the simple life she left behind. Baotian Li masks untold powers behind his sinister smile. And Wang Xiaoxiao is a diamond in the rough with his portrayal of the ever-patient and watchful Shiusheng. Yet another masterpiece in Zhang Yimou's cinematic gallery.