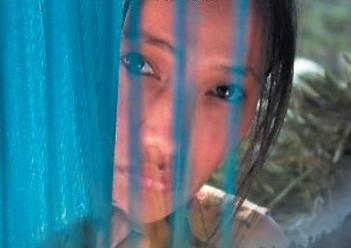 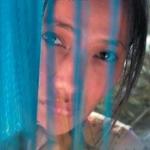 Dondup is a government clerk in a Bhutan village and wants nothing more than to get out of that one yak town to pursue his dream of emigrating to America. And it looks as though he might succeed if he can make it to Thimphu by the 16th of April to meet his connection at the U.S. embassy. However, travel in rural Bhutan is anything but punctual or reliable, and may likely involve hitchhiking or helping a bus driver repair a broken fan belt. Throughout his journey, Dondup is stranded more than once, and early on, is joined by a an old man with a basket of apples, and Buddhist monk who plays the dranyin, a type of Himalayan banjo. Dondup thinks he's a hip, happening guy, who wears cool athletic shoes and listens to pop music on his boom box, and does not want to make small talk with the monk or the apple guy, much less keep company with them on the road. But they're stuck with each other, and to fill the endless hours of waiting to hitch their next ride, the monk begins to tell a mysterious tale of romance and treachery.

From this point, the film toggles back and forth between the road and the monk's tale, whose story tells of Tashi, a lazy, slow-witted young man who is sent to study with a master magician. His younger brother Karma is kept home to work on the family farm. Tashi has no interest in bettering himself, while Karma is sensitive and artistic, and wants nothing more than to learn the esoteric art of magic. Each day, Karma brings a hot lunch to his brother, and takes the opportunity to eavesdrop on the day's lessons. One afternoon, based on what he's learned at the classroom window, Karma brews a hallucinogenic tea that causes Tashi to run amok on a wild horse. He bolts into a deep forest during a rainstorm, where Tashi is thrown from the horse. Tashi takes refuge at the cottage of a reclusive shaman named Agay, whose beautiful wife Deki invites Tashi to stay until his injured leg heals.

Meanwhile, back in the real world, Dondup, the monk, and the apple guy have been joined by two more travelers, a paper-maker and his beautiful young daughter Sonam on the way to sell their wares in the city. The five travelers share what food they have as they camp by the road each night, and the monk continues his tale by campfire and starlight.

Agay lives in constant fear that someone will come along to steal his beautiful wife, and soon sends Tashi on his way. But whether out of pain and confusion, or out of lust for the shaman's wife, Tashi returns to the cottage to stay until Agay makes his next trip to the village. He is waiting for Deki to finish weaving a kira, a traditional Bhutanese woman's dress that he will take to the village to sell. But as Tashi watches Deki at her chores and her loom each day, he grows more fascinated and enamored of her.

The tale of Tashi and Deki is mirrored in the real world of Dondup and Sonam, as their concurrent journey continues. And as nature takes its course, Dondup begins to question the choice he's made. "What we hoped for yesterday, we dread today."

Travellers and Magicians is an excellent portrait of Bhutanese life and culture, with its lush and lofty landscape as a backdrop, overlaid with the mystical music of composer David Hykes. The story is sweet and simple, and the message is unobfuscated: The grass isn't always greener in dreamland.

Travellers and Magicians is available on DVD at Amazon.com