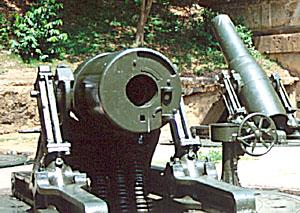 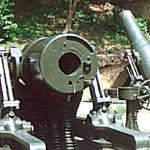 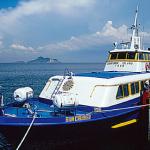 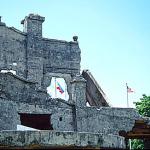 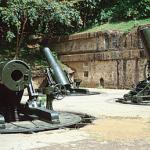 If you're heading to Manila, one must-see in the greater metro area is the battle-scarred island of Corregidor. You don't have to be a military history buff to enjoy a day-trip to Corregidor; you just need an interest in Filipino and American history, an appreciation of quiet tropical islands, and a desire to escape the smoggy chaos of metro Manila for a day. So when you board your ferry to Corregidor, here's what you'll need to know:

Location: Corregidor guards the entrance to Manila Bay. If you saw the island from the air, it would resemble a giant tadpole swimming out the mouth of the bay. More likely you'll first see the island from the ferry, in which case you'll find that the head of the tadpole is a solid chunk of rock with cliffs that rise to 650 feet. You'll also see that the narrow tail slopes downward to a point fringed with beach. The jungle-covered island is only four miles long and a half-mile broad at its widest point, with a total landmass of just six square miles.

Getting There: Tours of Corregidor leave from the pier opposite the Cultural Center on the corner of Roxas Boulevard and Vito Cruz Street in downtown Manila. The tours are operated by Sun Cruises and depart every morning and return mid-afternoon. The 1900-peso cost ($38 USD) includes a round-trip ferry ticket (one hour each way), a four-hour guided trolley tour of the island, and a rather bland buffet lunch at the Corregidor Hotel. San Miguel beer and roving musicians cost extra, but both are well worth it. You can purchase tickets ahead of time from the Corregidor Foundation (02-523-5605) or Sun Cruises (02-831-8140); you can also purchase tickets when you arrive at the pier. Be advised that ticket costs and departure times are subject to change.

Tour Members: Though your tour group could include people from virtually anywhere in the world, it will probably be dominated by Japanese, Filipinos and Americans-especially Filipino-Americans. Fifty-seven years ago the Americans and Filipinos would have been aiming rifles at the Japanese and vice-versa; today they all point cameras at each other as they cheerfully pose amidst the rubble of World War II. A highly experienced guide will lead your tour. If you're lucky, you'll get Pablo Martinez, who has been guiding tourists around Corregidor since 1975. Mr. Martinez has acquired an encyclopedic knowledge of the island that can be matched by very few Manilenos (Manila residents).

Wildlife: Corregidor is covered in lush vegetation and hosts a population of cagey wild monkeys. These monkeys can and will bite, so unless you want to return from Corregidor with your own war wound, don't feed them under any circumstances. Other than monkeys, you'll see the usual variety of insects and birds; you can also spot schools of fish in the clear shallows by the ferry dock.

Dangers: Just the monkeys. You will be glad to know that all unexploded ordinance has been removed from the island.

Aliases: American and Filipino troops defending Corregidor from the Japanese nicknamed the island "The Rock." The name quickly came to symbolize the defenders' heroic if futile resistance. Even today many people still refer to the island by this name. Some American troops dubbed the island "The Second Alamo"-a less well-known but equally appropriate nickname. It was the Spanish, who ruled the Philippines for 350 years, who originally named the island Corregidor.

Pre-War History: In 1898 the United States navy sent a Spanish fleet to the bottom of Manila Bay, took possession of the Philippines, and became an imperial power. The US quickly began fortifying its new colonial possession, both to combat an indigenous independence movement and to guard the archipelago from rival imperial nations like Japan. Corregidor soon bristled with gun emplacements; its huge Malinta Tunnel complex offered a bomb-proof redoubt for American troops. With defenses like Corregidor, America's position in the Philippines seemed unassailable.

War-Time History: After attacking the American fleet at Pearl Harbor in December 1941, the Japanese military crashed ashore in the Philippines like a giant tsunami. The American defenses crumbled and General Douglas MacArthur pulled the remnants of his troops into the Bataan Peninsula north of Manila for a last stand. Three months later Bataan surrendered, MacArthur hunkered down on Corregidor, and the Japanese army sent American and Filipino POWs on the infamous Bataan Death March that left thousands dead from brutal mistreatment and summary execution. Corregidor continued to resist, but upon President Roosevelt's orders, MacArthur fled the island on a PT boat. Upon reaching Australia he spoke one of the most famous quotes of the war: "I shall return." After another month of ceaseless bombardment, a Japanese assault force finally stormed Corregidor in May 1942. Three years later MacArthur made good on his promise and retook the Philippines in a long and bloody campaign that leveled Manila. In an American version of the banzai charge, US Army paratroopers dropped on Corregidor and wrested the island from its Japanese defenders. Once again the Stars and Stripes flew over Corregidor.

Post-War History: In 1946 the Republic of the Philippines gained its independence from the United States, its former colonial master. For the first time in 400 years, Filipinos ruled Corregidor. Sadly, World War II had left the island a bomb-blasted rock reeking of smoke and death, its surface littered with the debris of war. Artillery fire had scythed the jungle flat and cratered the entire island, but nature quickly began to heal these wounds with a bandage of fresh green undergrowth. Rather than re-fortify the island, the Philippine government made it a national park instead. Today Corregidor holds great significance for Americans and Filipinos, who consider the island a four-mile long memorial to their joint wartime sacrifice in defense of the Philippines.

Highlights Of The Tour: Your tour of the island will last approximately six hours, including the ferry ride. A truck tarted up to look like one of the island's pre-war trolleys will convey your tour group from one point to the next on well-maintained roads. The standard itinerary includes the bomb-twisted Lorcha Dock, where MacArthur left for Australia, and the Malinta Tunnel complex that served as his headquarters. Your trolley will also pass various bombed-out buildings, including the Mile-long Barracks, pre-war HQ of the American garrison. The tour will then stop at the excellent Pacific War Memorial Museum, as well as a slew of other memorials to American and Filipino soldiers, Japanese war dead, General Jonathan Wainwright (who commanded the island after MacArthur's departure), American nurses, Filipino revolutionary heroes and, of course, MacArthur himself.

Unsung Heroes: Twenty-eight Filipino nurses staffed the hospital in Malinta Tunnel, and like the American nurses, survived months of bombardment and the fall of the island. Unlike their American counterparts, collectively known as the "Angels of Bataan", the Filipino nurses have no monument on an island that probably has more monuments per square foot than any other place in Asia.

Battery Of Batteries: Stops at various gun emplacements will dominate your tour. If you're a military buff then you'll find the tour moves too quickly; if you're not, then you'll find the pace just about right for exploring the gigantic gun pits that pock the island. Battery Way features four huge mortars, one of which supposedly still contains a live round. Battery Crockett features a hundred-ton cannon that once retracted into a concrete bunker like a turtle's head-until the Japanese put it out of action. Battery Geary fared worse at the hands of the Rising Sun; it took a direct hit that killed thirty US soldiers and literally shook the entire island. Residents of Manila heard the blast 26 miles away. Today the battery is a tangle of shattered concrete and bent steel that resembles some monstrous still-life of the war.

Sound And Light: For an extra 150 pesos ($3 USD), you can enter the Malinta Tunnel complex. A sound and light show has been rigged up in the restored main tunnel, which still features the old trolley tracks inset into the floor. You'll find that a theme-park atmosphere reigns as you jostle for the best viewing points with Manilenos, Japanese salarymen on holiday, and American war veterans. The show recounts the wartime history of Corregidor with life-size mannequin displays and a dramatic soundtrack full of references to valor and sacrifice. At one point the lights flicker and a chest-thumping rumble blasts the length of the tunnel. This simulates the noise of the bombardment, and just five seconds of it will badly scramble your nerves. Surviving such an intense bombardment seems impossible, and yet the defenders of The Rock somehow withstood it for months.

What To Do After Corregidor: Your ferry will return you to Manila by mid-afternoon. Catch a cab over to the Harborview Cafi (harbor end of T.M. Kalaw St.) for a sundown round of San Miguel beer and seafood appetizers. Popular with the locals, the cafi occupies a pier stretching out into Manila Bay that offers a spectacular view of the city's famous sunsets. For dinner, head over to The Kamayan Restaurant (Padre Faura St. opposite the 7-11, Ermita District). Enjoy a traditional meal of papaya slices dipped in bagoong (fermented shrimp sauce), sinigang (a sour seafood chowder), boiled crab, grilled fish, lechon (roast suckling pig) and more San Miguel. With the exception of the sinigang chowder, you'll be eating the entire meal with your hands. Round out the evening with a couple of beers at The Hobbit House (1801 Mabini St., Ermita), a laid-back bar staffed entirely by dwarfs. Most nights the bar features excellent live music played by full-size musicians.