Getting Down in Laos, The Invented State 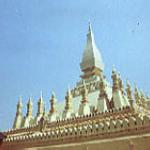 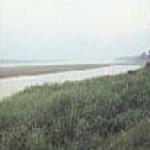 The Lao National Museum (LNM), located in the capital Vientiane, contains only a few exhibits dedicated to Laos before French colonization. These exhibits are generally dusty, shoddily made and sloppily painted papier-mache renditions of the Plain of Jars and crumbling stupas. It is almost as if they were put together by elementary school children. Little space is afforded to the Lao kingdom of Lan Xang, whose history, claims historian Martin Stuart-Fox in his book The Lao Kingdom of Lan Xang: Rise and Decline, is "the early history of the state of Laos, the present Lao People's Democratic Republic."

Stuart-Fox takes pains to defend his claim, and rightly so. Laos is not Laotian: more ethnic Laotians live in Thailand than in Laos; and in Laos, ethnic Laotians are not a majority. A large part of the kingdom of Lan Xang at its height is now northeastern Thailand. Laotian culture is nourished increasingly by the fast-paced consumerist culture of its "elder brother" to the south. The Laotians' televisions play Thai karaoke, and their radios are tuned to the station across the Mekong in Nong Khai. As a result, most Laotians can speak passable Thai. Moreover, it is the rare basic commodity that was not manufactured in Thailand: bottled water and Beer Lao are the only obvious exceptions.

How this came about is described by Stuart-Fox. As Lan Xang declined after the reign of Surinyavongsa in the 17th century, it was periodically humiliated by Siam. The Siamese King Rama III ordered a census be taken of his kingdom, which entailed the forcible tattooing of Lao people. Resentment against this and other Siamese atrocities inspired Lao resistance, but for naught. Soon Siam struck upon the idea of depopulating Lan Xang. Ethnic Laos were bodily transported south across the Mekong into what is now Thailand, many being sent to Bangkok as corvee labor. Invaders from China, the "Ho", subsequently waged a series of wars on Lan Xang, filling the vacuum created by the removed Laotians.

Lan Xang became little more than a fiefdom of Siam and a punching bag of the Ho, until King Unkham, beleaguered by these local enemies, enlisted the help of the French. Laos became a French protectorate in 1893. Thus began the history of Laos recognized by the LNM.

Sadly, Unkham brought his nation from the frying pan into the fire, as far as future Lao historians were concerned. The French are shown in paintings only committing atrocities against their Lao subjects. The Americans are described invariably as "imperialists" in the captions of the exhibits' photographs, depicting their planes, bombs, and "puppets" - Laotians sympathetic to their cause. Grotesque machine guns built in Connecticut, among other places, are arrayed on short wooden pedestals; a whole wall is reserved for literature describing the PDR's program of eliminating UXO, the unexploded ordinance of America's unprecedented bombing campaign.

One result of all this strife, and the Communist state created in reaction to it, was another huge out-migration of ethnic Laos. A majority of the country's intelligentsia is said to have departed, largely by floating down the Mekong to Thailand.

No wonder that after these few centuries of evacuation and forced migration, a visitor to Vientiane senses desolation. But this feeling has other causes: the French penchant for building wide, superfluous thoroughfares; many a French building, seldom repaired or refurbished; the dearth in an Asian capital city of traffic jams and pollution.

Furthermore, anyone in search of a repository of Lao culture in Vientiane will find instead an empty building: the Lao National Culture Hall (LNCH). Across the street from the LNM, the multi-story LNCH is a glorious example of Lan Xang architecture, with a dash of paint in Communist red. While the murals fronting the LNM are faded, and feature The Plain of Jars - as if jars alone could inspire a sense of Lao cultural pride - the LNCH is bright and ornately decorated. But being empty, it is more doleful, more condemning of Lao culture, than had it never been built. Worse is the Lao National Opera House -- nothing but rubble, fronted by a sign whose letters are missing.

It would be easy, but not necessarily correct, to blame these things on Lao's recent, Communist history. In any case, a nation is not what it is in the eyes of thrill-seeking tourists, nor should it be. At best, Laos is merely trying to extract itself from a three-century long slump. At worst, it is merely an invention of kings, cartographers, colonizers, and Communists; and its people are their playthings. The guestbook at the exit to the LNM corroborates the latter view, filled as it is with poignant expressions of goodwill and condolence: "hope you are happy", "may the Lao people at last have peace", "I thing [sic] it [the museum] very good but make me feel sad".

But as everywhere, life goes on as kingdoms rise and fall, governments are formed and toppled. The same Lao people that might not have known who were dropping bombs on them, and had never even heard of America, conduct their lives much as they always have, with fun and flair. It is low-key, low-budget, and low-tech, but spirits are high. At the Lane Xang Night Club in Vientiane, modestly dressed Laos dance the two-step to Lao country music. At the Queen Bee disco just a few minutes outside of town, youth dance in a way reminiscent of one's junior high school dances. At the Mekong Hotel, they dance in groups, everyone executing a series of movements determined by the song being played. They sing the same songs and dance the same dances attributed to the people of Thailand's Isan, because they are part of the same tribe. Dances and songs will always define a people more than will passports or polities, or - as one LNM guestbook writer put it - clumsy pieces of propaganda.