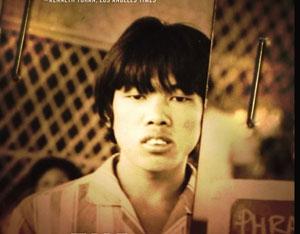 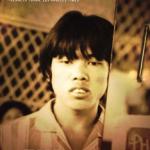 This Oscar-nominated documentary spans more than twenty years in the life of Laotian refugee Thavisouk Phrasavath, from fleeing the political aftermath of covert operations in Laos by the U.S. military during the Vietnam war, to his immigration to Brooklyn with his family. The film follows a loose chronology that shifts forward and backward in time as Thavi and his mother narrate the sequence of events that led them to Brooklyn.

The film begins with an overview of the U.S. military alliance with the royal Lao government and the covert operation in Laos, which includes both statistical data and the political spin presented by the White House and the news media. From there, the film goes on to trace the history of the Phrasavath family, beginning with Thavi's mother, Orady, who married his father at age 16. Together they had ten children, and his father went on to achieve a high-ranking military post in the Laotian army.

In 1975, the U.S., without apology or explanation, abruptly retreated from Laos, leaving the country in the hands of pro-Communist Pathet-Lao forces. Despite their promises of peace and freedom for the Laotian people, the new military regime launched a systematic purge in which Thavi's father was arrested and assigned to a re-education camp.

Fearing for their lives, the Phrasavath family fled to Bangkok leaving two daughters behind, and then onward to the U.S., where they believed that a hopeful future awaited them. But instead of a dream come true, their arrival in one of the worst neighborhoods in Brooklyn was the beginning of a nightmare of poverty, gangs, and drugs. As Thavi shouldered the burden as the man of the family, his sisters fell in with the wrong crowd. Over time, they began to disrespect their mother and to abandon their Laotian heritage.

Life held little hope for the Phrasavath family until the fateful day that Thavi's father called. In the thirteen years since they had fled Laos, his father had done hard time in a P.O.W. camp, escaped to Bangkok where he joined a Lao resistance group, and was now living in Florida. The family reunion in Brooklyn that followed was loving and joyful, but what they didn't know was that their father harbored a devastating secret that would shatter the family forever.

With eloquent narration by Thavi and Orady Phrasavath, The Betrayal is a poignant portrait punctuated by myths and metaphors, overlaid with ethereal Laotian chorals. Directed by Ellen Kuras for the Points of View series, historic newsreels and video footage of the Phrasavath family are masterfully integrated into a chronology that tells the story of not one family but thousands in the wake of a violent and futile war.