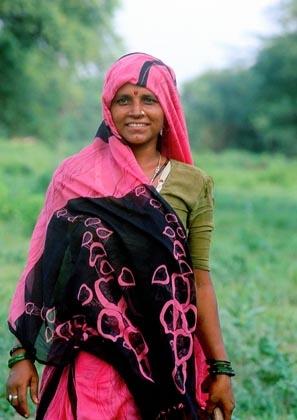 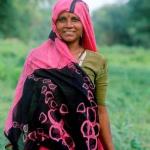 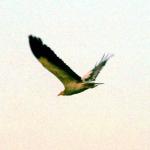 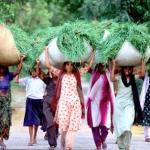 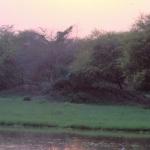 Will global warming make Planet Earth wetter? The jury is so far out on this question that it seems to be taking a permanent lunch break. In India at least, the results have been very mixed, with above-average rains in a few parts of the subcontinent and near-drought conditions in most other parts.

Following lower-than usual rainfall in 2001, the rains of 2002 were near-disastrous across much of northern India (except for the north-east, including Sikkim and Assam). The monsoon started late and ended early, with total rainfall up to 80% below average. And nowhere has this been more acutely felt than in Keoladeo Ghana National Park, a World Heritage-listed bird sanctuary about three hours by rail from New Delhi.

“My father was head ranger and I was born in the National Park,” says Bholu Abrar Khan, wildlife photographer and chief forester at Keoladeo. “I’m now 48 years old, and I’ve never seen a drought like this before. We usually get around 600 mm of rain a year, but this year only 120 mm fell.”

At the start of the monsoon, rains falling on the catchment area for Keoladeo usually flow through the Ajan Bandh, gradually filling up the many lakes that make up most of the Park. But this year, even the catchment area missed out on good rains. “This is an unprecedented situation”, says Bholu Khan.

According to Bharat Mausam Vigyan Vibhag (the Indian Meteorological Department), the year 2002 was the first India-wide drought in 15 years. Nearly 30% of the country experienced drought conditions, with a third of this area being classified as under severe drought. Less than 40% of the country experienced normal or above-average rainfall. The worst-affected district in the whole of India was western Rajasthan, with rainfall 71% below average. The Udaipur district has had no monsoon rain at all for four years, and one of the city’s famous lakes is dry for the first time that anyone can remember. The next-worst district was eastern Rajasthan (which includes Keoladeo NP), with rains 60% lower than normal.

Perhaps more importantly, the pattern of the 2002 monsoon was highly unusual. It began in Kerala on 29 May (roughly on time, within two or three days), but took over two months to reach the north of the country. As a result, the July rainfall was the lowest ever recorded, causing huge disruptions to planting schedules throughout India. Fortunately, however, the August rains were good, somewhat alleviating an otherwise disastrous situation.

Head of the UN-sponsored Inter-governmental Panel on Climate Change (IPCC), RK Pachauri, writing in the Indian Express on 26 July, directly blamed global warming for the low rainfall in India in 2002. ‘‘There is a very strong reason to connect the current drought to larger climate change, since what we are witnessing is a peculiar and sudden variation in climate as predicted by experts studying global warming’’, he said.

According to scientist S. Afsar Abbas of the Institute of Physics in Bhubaneswar, global warming is causing the El Niño weather phenomenon to become more severe. This is turn is affecting climates worldwide, making temperatures and rainfall less predictable than in the past. “For people in India, this means erratic monsoon rains”, says Abbas.

Some meteorologists disagree with this bleak assessment, saying that this year’s erratic weather behaviour is still consistent with a long-term trend. But whatever the case, what seems certain is that global warming is not for the birds – and particular not for those birds which rely on Keoladeo National Park for their annual “R&R” visit.

I was highly privileged to visit Keoladeo in 1995, when the wetlands making up nearly 70% of the Park were a wonderland teeming with water birds. While I didn’t get to see the rare Siberian Crane, along with most other visitors I was totally bowled over by the numbers, the variety and the sheer exuberance of the bird life making their homes (either permanent or temporary) there. Not for nothing is Keoladeo sometimes described as the finest bird sanctuary on the planet.

This time (in October 2002), a return visit came as something of a denouement. The train trip from New Delhi to the eastern Rajasthani town of Bharatpur is pleasant enough, as is the bicycle rickshaw ride to the National Park. But for “wetlands” substitute isolated pools of water amidst grassy fields; instead of huge flocks of birds soaring skywards, think of smaller clusters, each doing its own thing rather than forming a giant, interwoven tapestry.

But curiously enough, initial disappointment soon turns to intrigue. The Keolodeo of 2002 is no worse than in other years – just different. There is still a good variety of water-bird life, and in addition a wide variety of wood-birds have now made their homes here. Where cranes once skimmed the waters, ladies in colourful tribal costumes now cut the lush green grass that has attracted herds of antelope and deer.

And the bird life in 2002? Besides the ubiquitous egret, which can feed on the ground in near-dry conditions, scavenger vultures and black-necked cranes can be seen soaring overhead. Pond herons sweep low over the few lakes and pools that have survived (some of these augmented by groundwater pumped from underground). Partridges and long-tailed tree pikes cavort amongst the branches of the woodland trees, while beetles forage on the stunted bushes. A pipe, a warble and a sound like that of a postman’s whistle can clearly be heard. And in the background, a continuous nature-muzak pervades the stillness.

My guide to the bird sanctuary is Mr Puran Singh, who is both amiable and highly knowledgeable. In a program that could be a model for similar tourist destinations both in India and overseas, all licensed bicycle rickshaw drivers at Keolodeo National Park receive six months’ training in ornithology and wildlife interpretation. The fare is a little higher than for ordinary pedicabs, but it is an amount I am more than happy to pay. In any case, the money is well targeted. “I have four children and one wife at home!” says Mr Singh.

In a good year, Keoladeo is one of the finest heron breeding grounds in the world. The grey heron, night heron and purple heron are among the other species breeding here. Migrant birds, which in 2002 were conspicuous by their absence, include pelicans, geese, ducks, eagles, hawks, shanks, stints, warblers, larks and many others.

The name Keoladeo derives from that of an ancient Shiva temple, sublimely located near a lake in the centre of the park. Lord Shiva, in the form of Pashupati (“Lord of the Animals”), is said to be the protector of wildlife. While there may not be much bird life at Keoladeo this year, other wildlife is in great abundance, and the protecting spirit of the temple can still be felt at a subtle level, pervading all creation.

Until the 18th Century, the town of Bharatpur used to be flooded regularly every monsoon. Then in 1760, an earthen dam (Ajan Dam) was constructed, in an attempt to spare the town from flooding. The depression created by taking soil for the dam was turned into a lake, later known as Keoladeo Lake. In the early 1900s, a system of small dams, and sluice gates, etc., was created to control the level of the water in different sections. This became the hunting preserve of the Maharaja of Bharatpur, and one of the world’s finest duck - shooting wetlands. A signboard near Keoladeo Temple still records “bag-brags” for the time; for example: “The Duke of Kent: 367 ducks and 28 partridges”.

They say that humans are the only species that will kill an animal that is not immediately needed for food. Fortunately, hunting was finally banned in 1962. Keoladeo Ghana was declared a national park on 10 March 1982, and accepted as a World Heritage Site in December 1985.

One character who is sincerely hoping that the monsoon rains will return to Keoladeo in 2003 is Mr Gaurav Gupta, manager of the brand-new Kadamb Kunj Resort, about 5 km from the entrance to Keoladeo Ghana National Park. The spacious grounds, still under development, include a Kadamb tree (a type of mango), similar to one under which Lord Krishna used to sit. “We want Kadamb Kunj to be a home-away-from-home haven for visitors to the Bird Sanctuary”, says Gupta.

One of the distinguishing features of Kadamb Kunj is its outstanding Mughlai-style cuisine, some of the best I’ve had in India. Also, the accommodations are first-rate. However, one downside is the distance from the park entrance – it could be handy to have faster access, particularly for early morning visits. Those who wish to stay nearer to the Park will find a number of inexpensive hotels located about 2 km from the park entrance.

Back at Keoladeo, nighttime is falling. Across the somewhat depleted wetlands, a brilliant sunset illuminates the water-pools of the sanctuary in a thousand shades of yellow and mauve. These may be hard times for Keoladeo Ghana National Park, but the sheer magic of the place is still undoubtedly there.

Getting There: by rail - the railhead at Bharatpur (from New Delhi, via Mathura) is about 12 km from Keoladeo village. Bicycle rickshaws, motor-rickshaws and taxis are readily available.

Keoladeo National Park:  Open throughout the year, but the best months to spot migrant birds are from October to February. Opening hours are from 6 a.m. in summer and 6:30 a.m. in winter (times when many locals take an early morning stroll through the park) to about an hour after sunset.